Boris Johnson has been accused of losing control of his “vanity yacht” after it was revealed a new national flagship could cost up to a quarter of a billion pounds.

The cost of the new yacht has previously been reported to be around £150m to £200m. 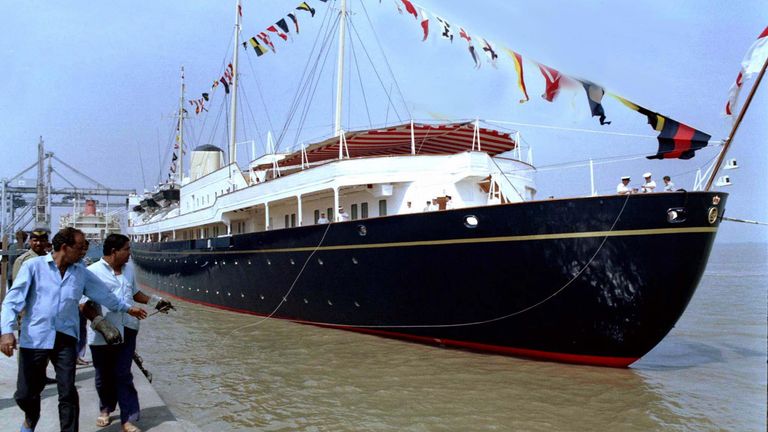 But, speaking in Greenwich, south London, on Wednesday, Defence Secretary Ben Wallace said even more taxpayers’ cash could be required to build the “floating embassy”.

“There has been a lot of reporting around this ship. Not all of it accurate,” he said.

“So let me set out our basic aims. Subject to working through bids, competition and technology, I aim to commission the ship for between £200m and £250m on a firm price.”

It has previously been confirmed the cash for building the new national flagship will come from the Ministry of Defence budget, despite the plan for it to be used for trade rather than defence purposes.

Mr Wallace, speaking at a National Flagship Engagement Day, said he wanted the vessel to be “British made” with a “British led design, built by British hands”.

The defence secretary also outlined his aim to announce a winning bid in December, with construction to begin as early as 2022 and to “have a ship in the water by 2024 or 2025”.

However, Labour called on the government to ditch the plans.

“It is absolutely staggering that costs have rocketed by £100m in a week,” he said.

“Labour would scrap the government’s latest pet project and invest taxpayers’ money wisely to tackle crime and the surge in antisocial behaviour under this Conservative government.”

The Royal Yacht Britannia was launched by The Queen in 1953 and was retired in 1997 after completing 44 years of service.

The new national flagship is expected to be in service for around 30 years and will be crewed by the Royal Navy.

The yacht’s name is yet to be announced, but reports have suggested it will pay homage to the Duke of Edinburgh who was Lord High Admiral from 2011 until his death earlier this year, and served in the Royal Navy during the Second World War.

Speaking earlier on Wednesday, Mr Johnson described the planned new vessel as “somewhere where the UK can show itself off to the world and attract investment and that will drive jobs and growth in the UK, not just in shipbuilding but across every sector of the UK”.