The Prime Minister is set to spend the weekend at his official countryside retreat. His getaway to the luxury Chequers estate comes on the same weekend as Prince Philip’s funeral.

The UK is in a period of mourning following the Duke of Edinburgh’s death last Friday.

Government announcements and ministerial visits have been cancelled until 8am on Sunday as a mark of respect.

Despite the mourning period, Mr Johnson is leaving London to relax at the 16th century Buckinghamshire mansion, complete with a tennis court and indoor heated swimming pool.

The Prime Minister turned down an invitation to Prince Philip’s funeral at St George’s Chapel at Windsor Castle to allow more members of the Royal Family to attend. 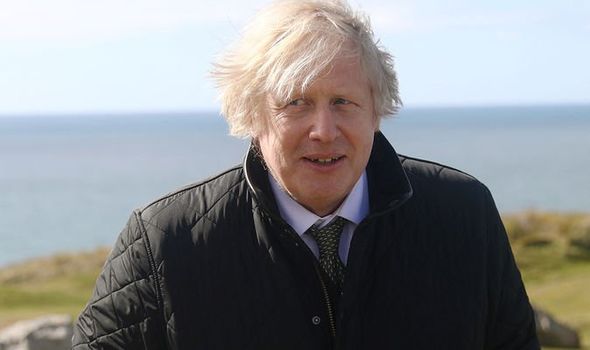 Due to coronavirus restrictions, only 30 guests are allowed in the church.

“He will of course observe a minute’s silence.”

It is unclear if Mr Johnson’s fiancee, Carrie Symonds, and their young son will also be spending the weekend at the countryside estate.

Lockdown rules in England have banned Brits from travelling to second homes since the start of the year when cases of coronavirus were surging across the country.

Mr Johnson has not visited Chequers since before Christmas.