The Prime Minister’s official spokesman said Mr Johnson had always fully supported Scottish devolution. It comes just hours after the Mr Johnson reportedly described it as a “disaster” in a conference call with Tory MPs.

Mr Johnson is understood to have told Conservative MPs devolution had been “a disaster north of the border” and called it “Tony Blair’s biggest mistake”.

However, the Prime Minister’s official spokesman hit back insisting Boris “rejects” those who are trying to break up the Union.

The spokesman said: “The PM has always fully supported devolution. This Government continues to put the Union at the heart of everything that we do.

“The PM has been clear that he thinks the four corners of the UK stronger together and he will be the voice of the majority of Scottish people who voted decisively to keep the UK together.

“He will always stand against those trying to separate the United Kingdom. 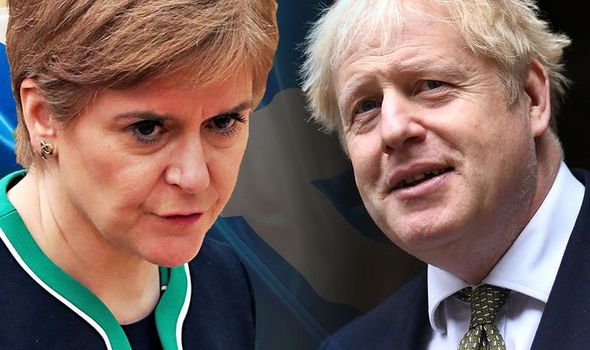 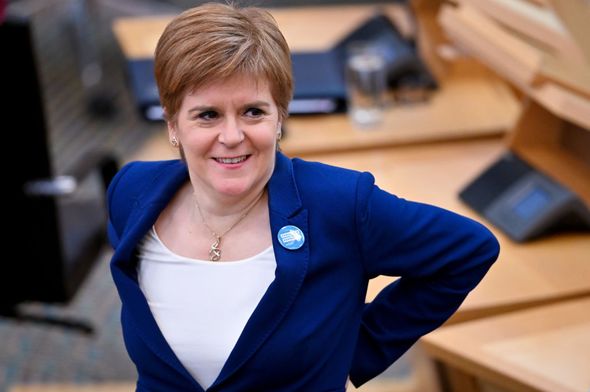 “The PM believes that we had what was a once-in-a-generation referendum and that the result of it should be respected. He firmly rejects the SNP’s call to break up the United Kingdom.”

Downing Street did not deny Mr Johnson made the comments which were understood to have been said during a discussion with the Northern Research Group of backbenchers yesterday.

Polling guru professor of politics at Strathclyde University John Curtice, and Scottish polling guru, told Express.co.uk the SNP had been handed a Christmas present from the comments.

He added: “The UK government has been concerned about Scotland for quite a while. 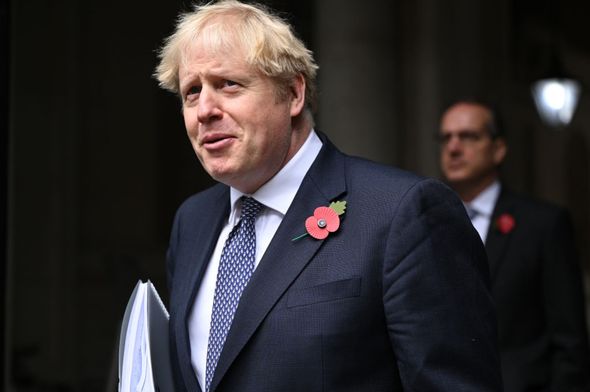 “The comments count in the ‘not helpful’ category.

“Boris has gifted them [the SNP] the opportunity to portray the UK Government as them trying to curb the powers of the Scottish Parliament.

Mr Johnson’s comments come just a few months before the Scottish Parliament elections next year with polls forecasting a huge win for the SNP. 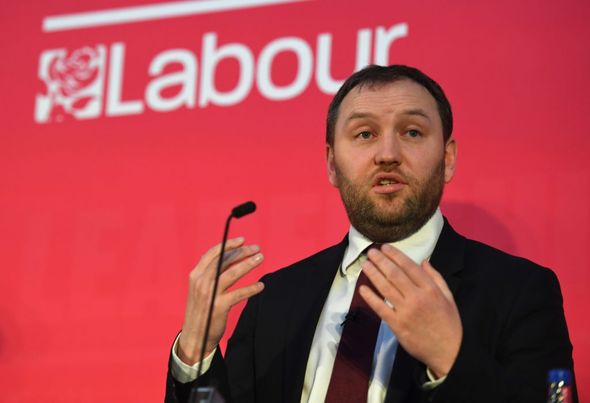 The Scottish Conservatives stood at 19 percent and 20 percent respectively, while Scottish Labour were on 15 percent and 13 percent.

Nicola Sturgeon, tweeted: “Worth bookmarking these PM comments for the next time Tories say they’re not a threat to the powers of the Scottish Parliament – or, even more incredibly, that they support devolving more powers.

“The only way to protect & strengthen @ScotParl is with independence.”

Ian Blackford, leader of the SNP at Westminster, said: “The Tory mask has well and truly slipped after Boris Johnson was caught red-handed claiming that Scottish devolution is a mistake.”

“The Tory Government is undertaking a full-scale assault on Scotland’s devolution settlement with its power-grab bill.

“The Prime Minister’s disdain only serves to underline the growing threat we face.”

Douglas Ross, Leader of the Scottish Conservatives who has drifted from Mr Johnson recently over independence defended Devolution, however.

“Devolution is not the problem.

“The problem has been the SNP’s obsession over its thirteen-and-a-half years in power with separating Scotland from the rest of the United Kingdom.”

The Edinburgh South MP said: “This confirms that Boris Johnson doesn’t believe in devolution and would put the future of the United Kingdom at risk.”

The row comes only a month after the UK’s three devolved administrations raised concerns over the Westminster Government’s UK Internal Market Bill, with the Scottish Government describing the legislation as a “power grab”.