A Brexit deal is just days away, according to BBC’s Europe Editor Katya Adler, following reports that just five percent of the agreement between the EU and the UK remains open. Ms Adler told BBC’s Andrew Marr that around 95 percent of the legal text is agreed across all areas of the EU–UK future relationship.  She said that in Brussels the “general expectation is a deal will be done in the next days”. 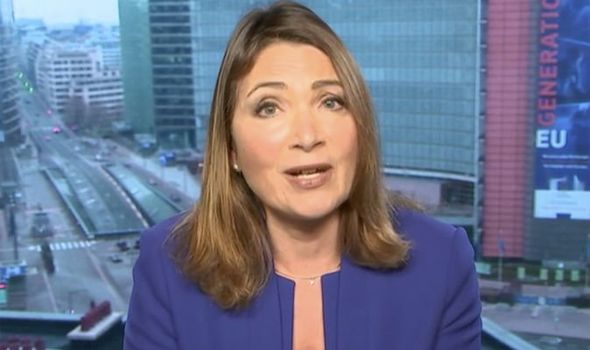 Ms Adler said: “Some progress is being made here. The general expectation is a deal will be done in the next days or couple weeks but the political decisions need to be taken.

And if an agreement is made, the sides will have to think about how they sell this deal.”

This comes after the EU and UK chief negotiators have stepped back from post-Brexit trade talks after a member of the EU team tested positive for Covid-19.

The EU’s Michel Barnier and his UK counterpart Lord David Frost have agreed to suspend negotiations between them for a “short period”.

JUST IN: France refuses to budge over Brexit fishing row as time runs out