As Asian-Americans face xenophobia and President Trump has tied the virus to China, community and political leaders have tried to comfort constituents. But even they admit to feeling unnerved. 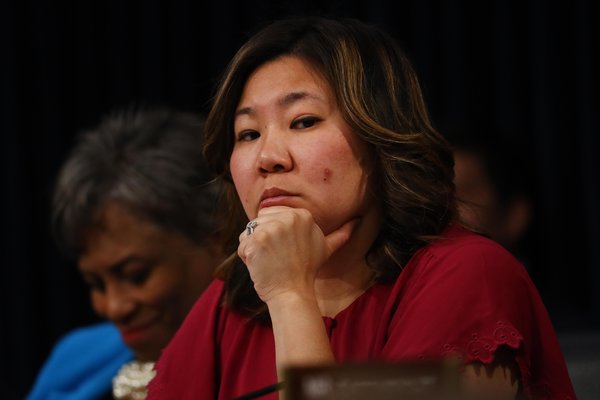 Soon after President Trump first uttered the phrase “Chinese virus,” Representative Grace Meng got a call from her parents, who had read about it in the newspaper. Had Mr. Trump, they wondered, really given the coronavirus that corrosive moniker?

Yes, she told them, indeed he had. And no, despite being a member of Congress and her parents’ continued pleas, there was nothing she could do to make him stop.

“I have, at times, felt helpless,” said Ms. Meng, a Democrat from New York whose large and multicultural district encompasses many neighborhoods in Queens, including Flushing. “Hearing stories consistently from around the world where people are being harassed and assaulted really reminds me that often times we are, as a community, still viewed as outsiders.”

After enduring decades of exclusion, racism and discrimination that include some of the darkest chapters of American history, Asian-Americans entered 2020 with reason for optimism on the political front. A wave of second-generation Asian-Americans had come of age, sparking hope that they could help break voter turnout records in the fall. And three people with roots in the diaspora had run for the country’s highest office during the same cycle, with one of them, Andrew Yang, energizing Asian-American voters in a fashion seldom seen before.

And then along came the coronavirus — a pandemic that unleashed a torrent of hate and violence as bigots blamed Asian-Americans for the outbreak. In recent weeks, they have been yelled at, spit on, physically attacked and more, leading at least three organizations to begin tracking the episodes. Hundreds of people have filed reports, the groups say, though an untold number of incidents have most likely gone uncounted as victims have chosen to keep quiet.

In interviews, a dozen Asian-American politicians, academics and leaders of nonprofit groups denounced the racial animus that has shown itself during the crisis, vowing to speak out against it and to protect their community even as they personally acknowledged feeling angry, fearful and unsettled.

“They are doing this because they have certain political motives and they are not taking into account the effect of their actions on other huge groups of people, including Asian-Americans,” Representative Judy Chu, Democrat of California, said of her Republican counterparts in Congress and the White House. “I hope this wakes people up.”

Some of those interviewed expressed cautious hope that the events of the past several weeks might unite the sprawling and diverse Asian-American community in a productive way that could build on the political momentum that has been bubbling in recent years.

But they also spoke of a profound sadness; despite a long struggle for hard-won educational, economic and political gains, the xenophobic attacks and political rhetoric of the last month have served as a reminder that, especially under Mr. Trump, Asian-Americans may never fully be able to shake the feeling that they are perpetual foreigners.