Home » Politics » Council tax could be hiked by HUNDREDS of pounds in Labour councils, analysis suggests

The research carried out on behalf of the Conservative Party has followed a push by Labour’s leading figures in the Local Government Association (LGA) for restrictions on council tax rises brought in by the Tory/ Lib Dems coalition in 2011 to be scrapped. With crucial local and regional elections set to take place this year, council tax bills are set to become a major political battlefield again, especially as local authorities try to meet the bills from the covid pandemic.

In a document put together in 2018 on local taxation reform, the Labour LGA group stated: “This should include immediate abolition of the council tax referendum limit, increased powers to levy higher council tax on empty homes, and the ability to look at local taxes such as land value tax, tourism tax, and possibly even local retention of a portion of income tax.”

The section of the report was authored Cllr Sharon Taylor OBE the current Labour leader of Stevenage Borough Council and endorsed by Cllr Nick Forbes CBE – the most senior Labour voice in local government and a member of the NEC under Starmer.

The call for ending limits on council tax increases was also previously had support from current members of Sir Keir Starmer’s shadow cabinet.

“You only need to look at the Labour Mayor of London, who has hiked his share of council tax by 10 percent, to see what would happen under Labour.” 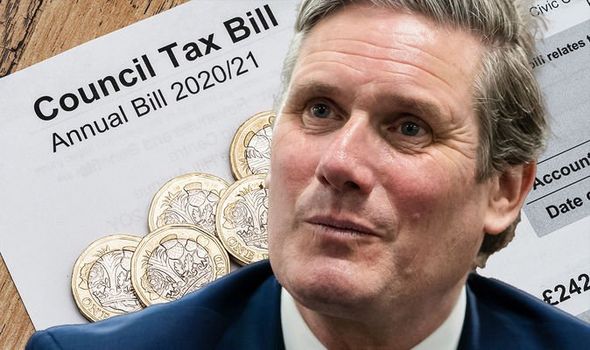 In 2017, former Oldham council leader now shadow transport secretary Jim McMahon said: “It should not be for the Government to impose an arbitrary referendum limit… on the relationship between local authorities and council tax payers in their area.”

The current rules mean that if a council wants to increase local taxation by more than 3 percent it must hold a local referendum to get approval.

Previously, under the last Labour government the average annual increase of the council tax was 12.9 percent from 1997 to 2010 equating to an average of £234 for band D properties.

Conservative chairman Amanda Milling claimed that London Mayor Sadiq Khan’s decision to hike his share of the council by 10 percent was an indicator of what would happen if restrictions were lifted for councils.

She said: “These Labour proposals to scrap the council tax cap could see a return to the days of double digit tax hikes under Labour, hammering families in the pocket.