People celebrating on New Year’s Eve will have to comply with coronavirus regional restrictions, with no reprieve like over Christmas, the health secretary has confirmed.

Matt Hancock said while he knew it was “frustrating”, the rules are only being relaxed for five days – from 23-27 December – to allow three households to mix socially at home.

Concern is growing at another increase in COVID-19 cases in the run up to the festive period, with each area due to have its tier reviewed next Wednesday and heightened speculation London could move into Tier 3. 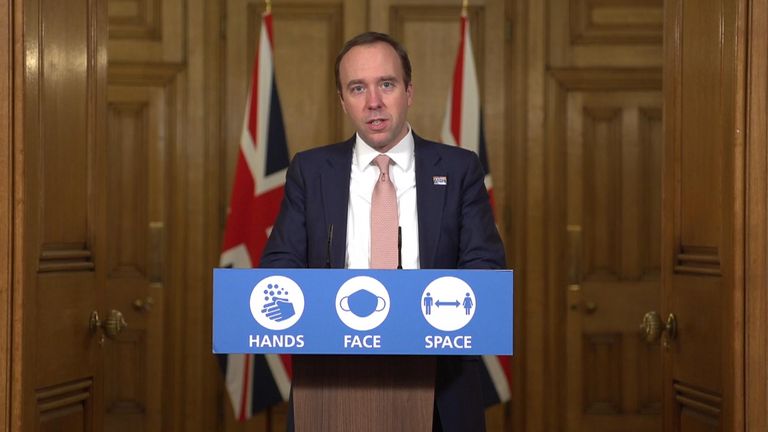 With students due to return home from university and families planning to gather with elderly relatives, the added possibility of people partying over New Year’s Eve has led to speculation of a “third spike” and another lockdown.

Mr Hancock was quizzed at a Downing Street news conference on Thursday by a member of the public – Kate from Dudley.

She said New Year’s Eve is “a special time for some people, as much as Christmas“, so asked: “Will we be able to spend it with our close family members?”

The health secretary told her: “The answer to the question is yes, if you live with them in your household. 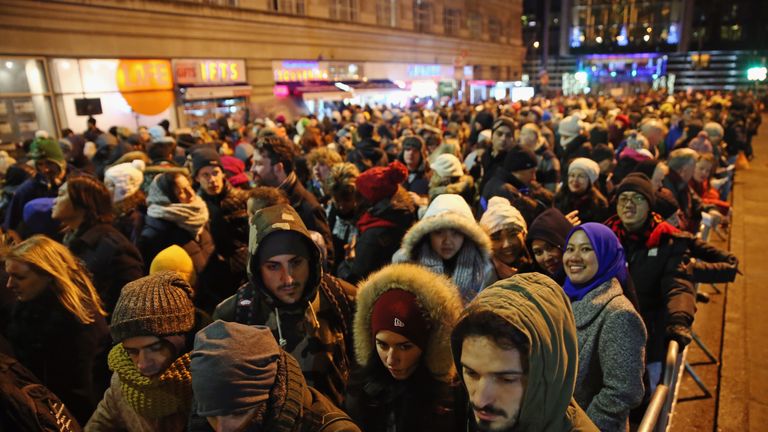 “But we are not bringing in a special set of rules for new year as we have for Christmas.

“I know this has been such a tough year for so many of us – 2020 – so we’ve brought in the rules around Christmas to make sure people have that opportunity to be able to see members of their family who they haven’t been able to all year but we’ve got to be careful.

“So let’s not blow it, especially with the vaccine on the horizon. 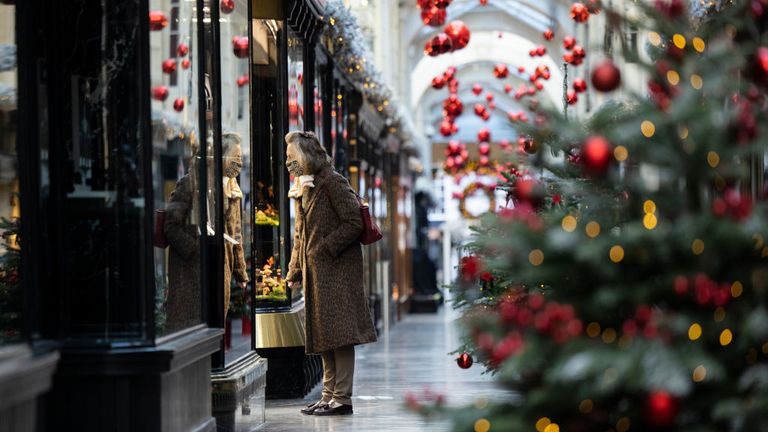 Mr Hancock added: “Let’s make sure that we all take the actions we need to to look after other people and to look after especially those who are vulnerable to the disease over Christmas.

“And we therefore haven’t put in place a specific set of rules for new year or indeed for lots of other holidays and special occasions throughout this crisis. Just for Christmas.

“So I know that that’s frustrating but unfortunately it’s necessary to keep the virus under control.”

London’s fireworks display held annually on 31 December was scrapped several months ago because mayor Sadiq Khan said it would attract huge numbers of people at a time when social distancing is key.

“What we are working on is to do something that people can enjoy in the comfort and safety of their living rooms on TV,” he added.

England’s coronavirus rates are now highest in London, leading to speculation from some MPs in the capital that their city will be placed into Tier 3.