A large rise in coronavirus cases among the UK’s armed forces is a threat to national security and shows the government is failing to protect troops, MPs have warned.

Ministry of Defence (MoD) figures show an increase of 1,474 COVID-19 cases among the military in the two weeks to 23 July – the highest number in any fortnight in 2021. 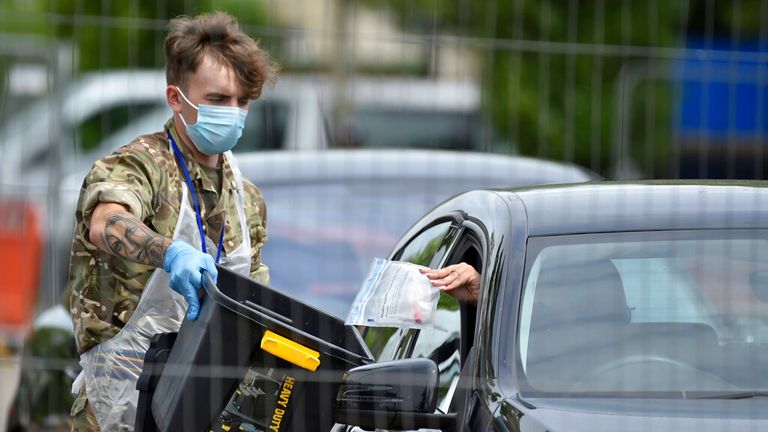 The All-Party Parliamentary Group on Coronavirus is warning the government needs to take urgent action to boost vaccine uptake among troops and protect them from the virus.

It said the increase poses a threat to national security.

MPs in the group said official figures show no COVID-19 vaccine record for around a quarter – 54,742 – of armed forces personnel as of 5 July.

The government claims 79% of all serving armed forces personnel have now received a vaccination. 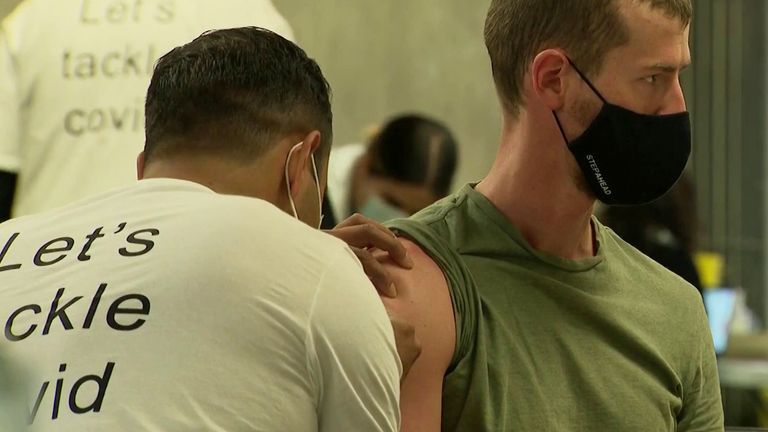 Labour MP Clive Lewis, vice chairman of the APPG, said: “These shocking figures show the government is failing to protect our armed forces, who have played such an important role on the front line of this pandemic.

“Neglecting them and allowing COVID to ravage through their ranks threatens not only the fight against the virus, but also our national security.

“Ministers must urgently set out a plan to boost vaccine uptake in the armed forces and prevent cases from rising further.”

An MoD spokesman said: “79% of all serving personnel have received a vaccination and we have already vaccinated 74% of 18 to 29-year-olds since June 18. The latter is ahead of UK national vaccine statistics.

“All personnel serving overseas have been offered a vaccine and there are no concerns regarding take-up as only 0.5% of armed forces personnel have declined a vaccine.”