David Cameron lobbying row: Labour accuses Tories of return to ‘sleaze of the 90s’ in push for fuller Greensill inquiry

Labour has accused the Conservatives of a return to the “sleaze of the 1990s” ahead of a push for a fuller inquiry into the David Cameron lobbying controversy.

Opposition MPs will today force a vote in the House of Commons in their bid to establish a new parliamentary committee to investigate allegations about Greensill Capital and its links to government.

Prime Minister Boris Johnson has already ordered a review into the now-collapsed finance firm’s activities, with top lawyer Nigel Boardman given “carte blanche to ask anybody whatever he needs”. 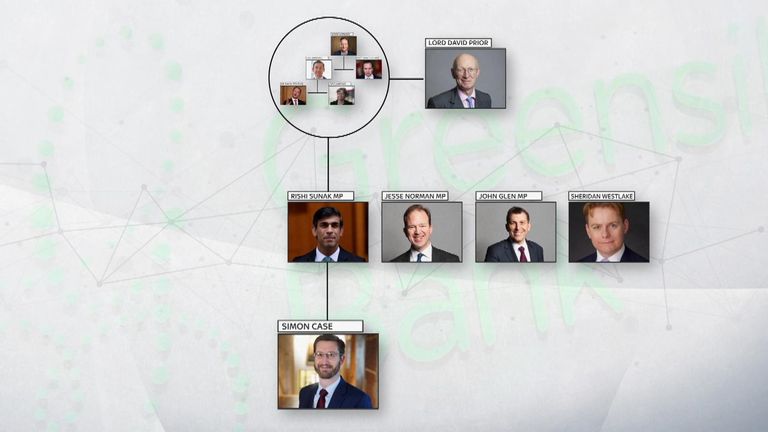 But Labour’s Rachel Reeves claimed Mr Boardman’s review is “not a proper independent inquiry” with its remit “too narrow”.

“We know that this scandal of lobbying, of crony contracts etc. is much broader than that,” she told Sky News.

“And the sleaze that is now engulfing the Conservative Party goes much broader and wider.

“But also with this inquiry, the government is effectively looking to mark their own homework – and that is not good enough when they are implicated in all of this.

“They’ve handpicked the person who they want to chair the inquiry.”

Ms Reeves said lobbying legislation brought in by Mr Cameron in 2014 – under which a watchdog said the former prime minister was not required to register his lobbying of government ministers on behalf of Greensill – was “not tough enough”.

She added: “Our democracy is a precious thing and it is being undermined by the actions of this government and of successive Conservative governments.

“It’s back to the sleaze of the 1990s and frankly it disgusts me and disgusts many people.”

Mr Cameron, who was employed by Mr Greensill in 2018 after he had left Downing Street, has been revealed to have approached serving ministers about the involvement of Greensill Capital in government-backed financial support schemes during the coronavirus crisis.

Mr Cameron also had a drink with Health Secretary Matt Hancock, also attended by Mr Greensill, at which they are reported to have discussed a payment scheme later rolled out in the NHS.

Subscribe to the All Out Politics podcast on Apple Podcasts, Google Podcasts, Spotify, Spreaker

Further questions were raised on Tuesday night when it emerged the former head of Whitehall procurement – Bill Crothers – became an adviser to Greensill Capital while still working as a civil servant in a move approved by the Cabinet Office.

Mr Crothers subsequently became a director at Greensill after leaving the civil service.

Mr Johnson is understood to be “personally concerned” by the revelations about Mr Crothers.

The prime minister has declined to offer his support to Mr Cameron, saying on Tuesday that the issue was “a matter for Nigel Boardman’s report”.