Boris Johnson’s chief adviser Dominic Cummings has made a public statement following calls for him to be sacked over allegations he breached coronavirus lockdown restrictions. Speaking from the rose garden of 10 Downing Street, Mr Cummings apologised for being late and gave a full account of his actions, the same as he’d given to Mr Johnson.

For a Government aide to make a statement as Mr Cummings did is highly unusual.

Prime Minister Boris Johnson had backed Mr Cummings in the daily press conference on Sunday, saying his top advisor had not broken any laws.

Mr Johnson said Mr Cummings had “acted responsibly, legally and with integrity” by driving 260 miles to County Durham to isolate and added, “any parent would frankly understand what he did”.

However, Mr Johnson’s statement faced fierce criticism from across the political spectrum, with intensifying calls for Mr Cummings’ resignation. 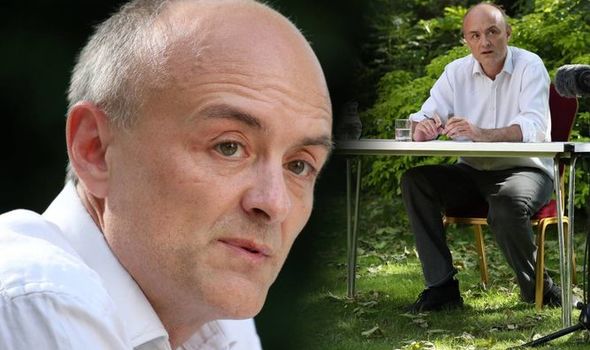 Mr Cummings began by saying he had given a full account to Mr Johnson, who had asked him to repeat that account to the nation.

He added he knew many people were angry at him for his actions.

He said: “I know that millions of people have been suffering and thousands have died.

“In retrospect, I should have made this statement earlier.”

Mr Cummings said after his wife had told him of being ill: “I was worried that if my wife and I were both seriously ill we had no reasonable childcare options in London.”

Mr Cummings said he then ran home to be with his wife – he said she might have had COVID, but did not have a fever or cough.

He also felt it was highly likely he had contracted the disease having been in close contact with the prime minister and others who developed symptoms.

He said: “I thought the best thing to do was to drive to an isolated cottage on my father’s farm”.

He added he did not tell Mr Johnson about this decision as it was when the Prime Minister was ill himself.

“I thought I would speak to him when the situation clarified over the coming days”.

“Arguably this was a mistake, and I understand that some will say I should have spoken to the prime minister before deciding what to do.”

He said his family took a walk in some woods on his father’s estate, where they were seen by members of the public, but had no interaction with them.

“We had not left the property, we were on private land,” he said.

He said: “I can understand that some people will argue I should have stayed at home in London.

“The legal rules inevitably do not cover all circumstances, including those that I found myself in.”

Mr Cummings said: “I hope that today, after I have explained, people will realise this was a tricky situation.”

When questioned by journalists he said: “I do not regret what I did” but added, “reasonable people may well disagree”.