Douglas Ross grilled by host on Sturgeon no confidence vote

Ahead of the May election in Scotland, Mr Ross said he has asked all major pro-UK parties to back the move as a show of unity. Labour and the Lib Dems had rejected his offer, but it remained. Referring to former first minister Alex Salmond’s new proindependence party Alba, he said: “This could split the SNP vote.”

But, because of the voting system, he added, “it was more likely to do more harm to unionist parties, so we’ve got to understand that threat, not ignore it”.

He said Boris Johnson “is not going to grant the powers for another independence referendum because he thinks it is absolutely wrong for Scotland right now to be dragged back into the destructive arguments of the past.” 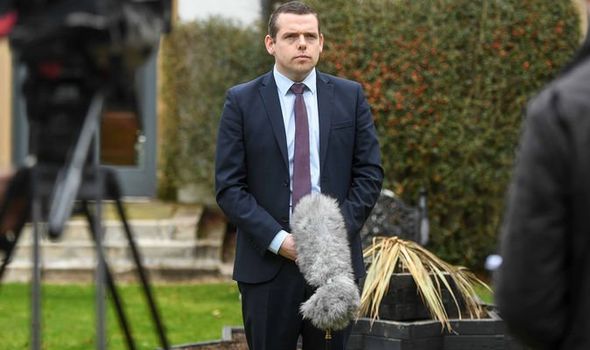 He is backed by the Daily Express, which is campaigning to make the case for keeping the UK together.

Mr Salmond claims Alba would create a “supermajority” for independence – rejected in a referendum in 2014.