With reported proposals of a temporary no deal scenario and so-called mini-deals with the EU based on different areas of trade between the UK and the bloc, Brexit talks continue to sour. Ireland has hit back at the “nuclear” idea warning the EU position will not change in a furious outburst. Irish Fine Gale’s Brexit spokesman Neale Richmond told BBC Radio 4’s Today the proposal, reportedly put on the table by UK negotiators, “is not on offer”.

He blasted: “The whole point of this process is that we have a control mechanism under the Article 50 terms of the Lisbon Treaty and we had the transition period.

“Regrettably the British Government decided not to extend that.

“The means to get a deal are there. Going into a no deal scenario is extremely worrying for everyone.

“To throw that potential economic shock on the back of what is already a very difficult economic time due to the COVID-19 pandemic would be an absolute failure of politics by both sides.” 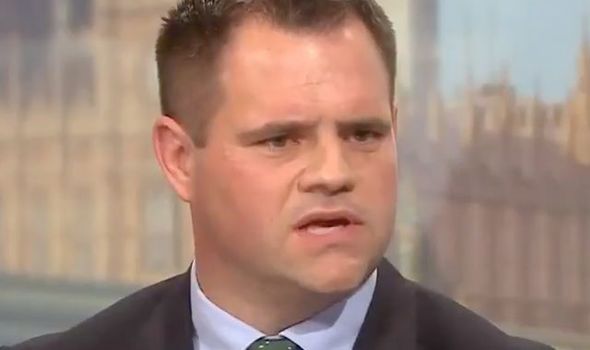 “And whilst things might not change instantly on the 1st of January, particularly not in the situation in Ireland, it would be a major economic shock.

“And it’s not just that simple to say oh well, we won’t get a deal, we will pick things together and we’ll get a series of mini-deals.

“We have the opportunity to get a deal and we have serious concerns with in Ireland and within the EU is that the British Government have responsibilities to that withdrawal agreement – and bear in mind the withdrawal agreement and the Irish protocol kick in regardless – but we cannot open the spectre of a no trade deal or a no overall deal scenario and the threat that that would put to the situation in Ireland.”