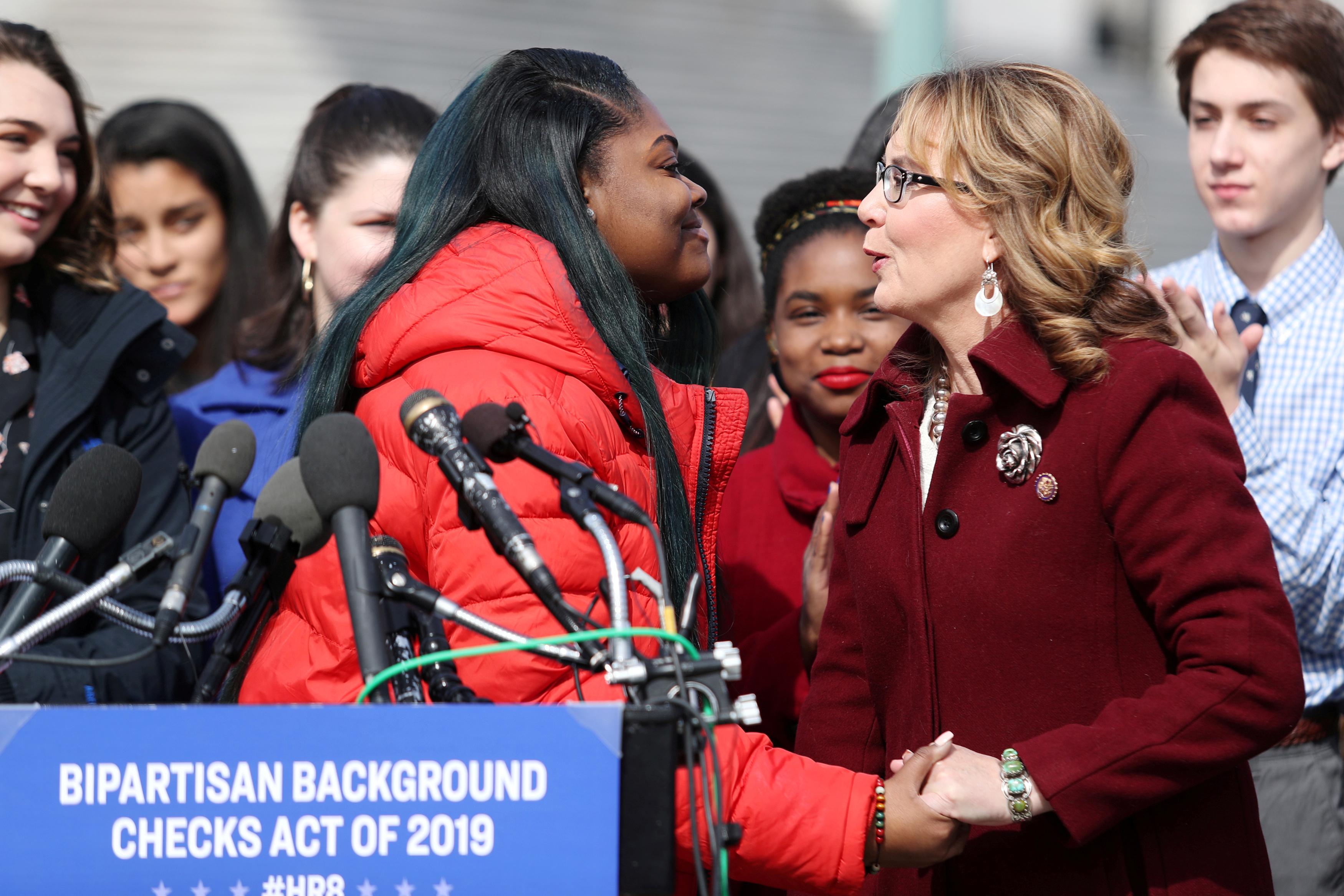 With Democrats’ chances of flipping the Senate improving as Republican President Donald Trump’s poll numbers slide ahead of the Nov. 3 election, the group said background checks were a wedge issue that could win support from critical voting blocs in close races and beyond.

“This issue helps Democrats in every single state and every single congressional district,” Senator Chris Murphy said in an interview, citing opinion polls that show background checks are popular even among Republican voters.

Murphy, a leading voice on gun violence since the 2012 Sandy Hook school massacre in his home state of Connecticut, will kick off the group’s “tour” on July 14 with former U.S. Representative Gabby Giffords, who founded the group after she nearly died in an assassination attempt in Arizona in 2011.

Giffords will then host virtual events with Democratic Senate candidates in several battleground states this summer, including Michigan, North Carolina and Colorado.

“The road to passing lifesaving gun safety legislation goes through the Senate,” she said in a statement about the group’s effort, which will be announced on Tuesday.

Giffords’ husband, astronaut Mark Kelly, is running for the Senate in Arizona as a Democrat in one of the highest-profile 2020 races, but the group said previously it would not engage in that contest.

The issue of gun control, once seen as a political third rail for Democrats, has largely been turned on its head. Many Democratic congressional candidates in 2018 attacked Republican opponents for bowing to the gun lobby.

During this year’s Democratic presidential nominating race, every candidate, including presumptive nominee Joe Biden, called for universal background checks and other restrictions.

But amid the coronavirus pandemic and the subsequent economic crisis, it remains to be seen whether gun violence is salient enough in 2020 to drive voters to the polls.

A Public Policy Polling survey commissioned by Giffords in late June found 61% of respondents would be more likely to support a candidate who favors background checks, while only 10% would be less likely.

Polls have shown that suburban women who helped drive Democratic gains in 2018 and have deserted Trump in droves are particularly motivated by gun violence, and young voters also cite gun safety as a major priority, said Peter Ambler, executive director of Giffords.

The Giffords group’s focus on the Senate comes after the Democratic-controlled House of Representatives passed a bill in February 2019 closing loopholes in the background checks law.

Trump and Senate Republicans have declined to take up the legislation, even after mass shootings last summer reignited a national debate over the widespread availability of firearms in the United States.

Opponents of expanding background checks argue that it would do little to prevent criminals from obtaining guns and warn that the data collected could be used as a firearms registry to impose more stringent limits in the future.

Murphy said a number of Republican Senate colleagues had privately told him they would vote for a universal background checks bill, including some who opposed similar legislation introduced after the Sandy Hook shooting. But he said Majority Leader Mitch McConnell would not allow a vote unless there was an assurance that Trump would support it.