Gurkhas protesting for pension equality opposite Downing Street by staging a hunger strike say they have had their gazebo dismantled by police.

Dhan Gurung, who is on day four of his hunger strike, told Sky News the incident happened on Tuesday morning.

Speaking to Kay Burley, he said the officers who turned up told them the gazebo they were using for shelter was “against the bylaws”.

But Mr Gurung said the protesters would remain in position on Whitehall, adding: “We want to carry on, we don’t want to give up.” 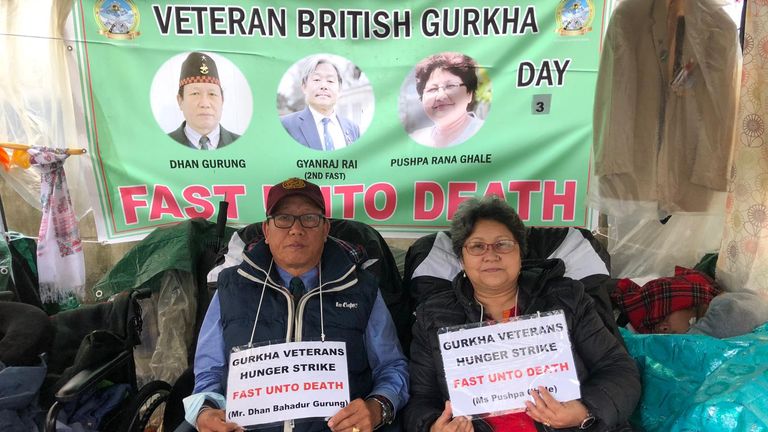 A Metropolitan Police spokesperson said: “At approximately 9am on 10 August, police attended a demonstration on Whitehall after a group of protesters had erected a gazebo and camping equipment in breach of local bylaws.

“Officers engaged with the crowd and the gazebo was removed. No arrests were made.”

Gurkhas are Nepalese-born soldiers who have been recruited into the British army since 1815, fighting most recently in Iraq, Afghanistan and the former Yugoslavia.

The soldiers were first recruited by colonial rulers in India in the 19th century as a “martial race” known for their bravery.

In 2009, following a campaign supported by the actress Joanna Lumley, all veterans who retired before 1997 with at least four years of service were allowed to settle in the UK.

According to the Support Our Gurkhas website, the hunger strikers are campaigning for equal pensions for Gurkhas who retired before 1997 and are not eligible for a full UK Armed Forces pension.

Gurkhas who served from 1948 to 2007 were members of the Gurkha Pension Scheme (GPS).

This was closed in 2007 and all serving Gurkhas or those who retired after 1 July 1997 were given the option of transferring to the Armed Forces Pension Scheme (AFPS). 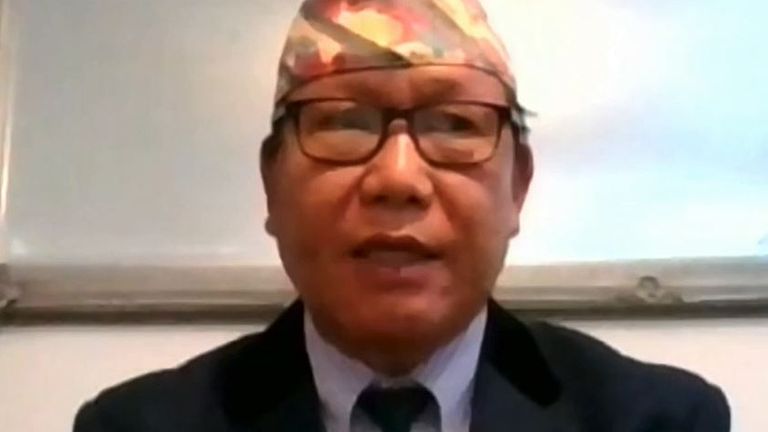 1 July 1997 is when the Gurkhas became based in the UK and no longer classified as a Far East-based force.

The GPS was based on the Indian Army model and was designed for Gurkhas retiring back to Nepal, where the cost of living is much lower than in the UK.

However, many of those Gurkhas will have taken up the right to settle in the UK following the change of policy under the Labour government in 2009.

A Ministry of Defence spokesperson told Sky News on Monday: “We greatly value the huge contribution Gurkhas make to the British Army and ensure they are supported with a generous pension and medical care during retirement in Nepal.

“We are committed to ensuring the Gurkha Pension Scheme is sustainable and fair alongside other UK public sector pensions.”

The exclusion of Gurkhas who served before 1 July 1997 was challenged in the courts, with the European Court of Human Rights ruling in 2016 that the move was “objectively and reasonably justified”.