The mother of Harry Dunn has made an emotional plea for her son’s suspected killer to face justice via video link and put an end to the “barbaric treatment” the family has suffered over the past 11 months.

On 27 August last year, Harry, 19, died after his motorcycle was hit by a car outside RAF Croughton in Northamptonshire.

The suspected driver Anne Sacoolas, the 42-year-old wife of a US intelligence official working at the base, claimed diplomatic immunity following the crash and was able to return to America. 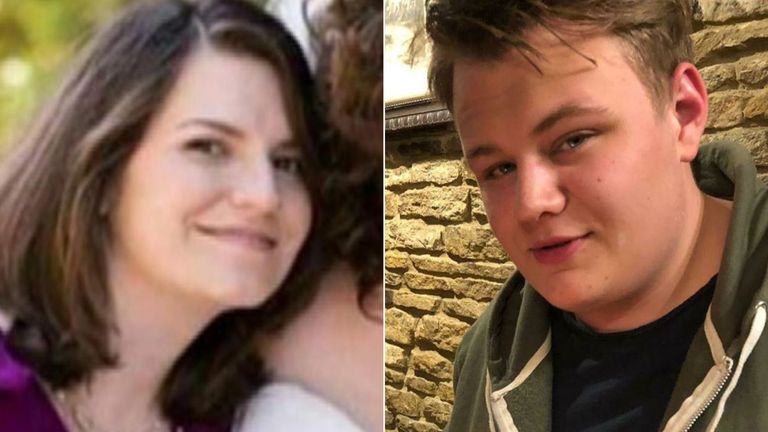 Ahead of the one-year anniversary of her son’s death, Charlotte Charles is continuing her fight for Ms Sacoolas to face a British court.

The family’s local MP, Andrea Leadsom, is urging the UK government to consider a “virtual trial” for Ms Sacoolas as a means of achieving closure in the case, but without undermining the US decision not to accept an extradition request.

Speaking to Sky News, Ms Charles appealed to Ms Sacoolas to “help me to fulfil the promise” that she made to her son on the night he died to achieve justice over his death.

“My promise that I made to him on the night that, unfortunately we lost him, still burns so terribly, terribly strong,” she said.

“I need her and I need the UK and US governments to continue to work with us to try to make sure that my promise is completed.”

The family’s spokesman, Radd Seiger, told Sky News that the possibility of a “totally unprecedented” virtual trial was something officials are “working on behind the scenes”.

“We are no longer talking about if Anne Sacoolas comes back to face the justice system, but how,” he said.

He added: “Justice must be done.”

Mr Seiger urged US officials to “not let this torture spill into a second year” for Harry’s family.