Have Your Say: Is the game up for Boris? Should he resign as Prime Minister? 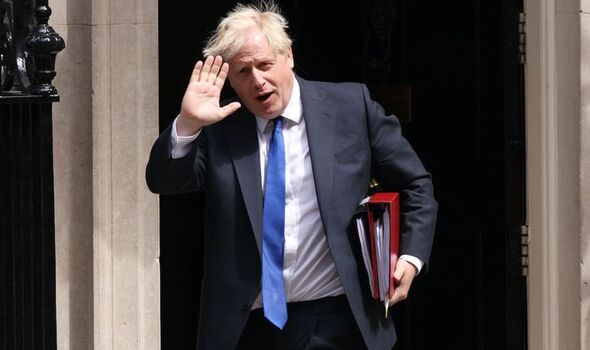 You can add your voice to the tens of thousands of comments posted daily on Express.co.uk and have your say on the big issues facing the country today.

Boris Johnson is in peril, with a mess of his resigning over the last 24 hours, most of whom have departed this morning ahead of Prime Minister’s Questions.

His PMQs appearance will see the Prime Minister attempt to make the case for his continued leadership as key supporters within the Conservative Party fall away.

He faces a choice, either he can hold on and reckon with the 1922 Committee or resign in disgrace.

The former option could see Tory grandees green light another vote tonight after a warning as, alongside the letters of resignation, once loyal Conservative backbenchers have released letters voicing no confidence.

Some experts believe the committee may now ask the Prime Minister to resign or forge ahead with plans to oust him themselves.

But the process would not see Britons consulted first, so what should Mr Johnson’s next step be?

HAVE YOUR SAY RIGHT NOW – JOIN THE EXPRESS READER DEBATE IN OUR COMMENTS SECTION.