House Passes Bill to Make Juneteenth a Federal Holiday, Sending It to Biden

WASHINGTON — The House voted overwhelmingly on Wednesday to make Juneteenth a federal holiday, sending President Biden legislation to enshrine June 19 as the national day to commemorate the end of slavery in the United States.

One day after the Senate rushed the measure through with no debate, the House approved it by a vote of 415 to 14, with 14 Republicans opposed. Mr. Biden is expected to sign it.

“I introduced this to make Juneteenth a federal holiday to commemorate the end of chattel slavery, America’s original sin, and to bring about celebration, crushing racial divide down to a point of unity,” Representative Sheila Jackson Lee, Democrat of Texas and a lead sponsor of the legislation, said on the House floor, standing beside a poster of an enslaved man whose back showed the scars of whip lashes. “These are the brutal backs upon which the whip went over and over and over again.”

Representative Guy Reschenthaler, Republican of Pennsylvania, said he was supporting the bill as a way to carry on the tradition of American soldiers who fought in the Civil War to end slavery.

He said the holiday would “highlight the important history and contribution of Black Americans, and those who fought and died to end slavery.”

Even so, more than a dozen Republicans opposed the measure. In a statement issued before the vote, Representative Matt Rosendale of Montana said the bill was an effort by “the left” to “make Americans feel bad and convince them that our country is evil.”

“This isn’t an effort to commemorate Emancipation,” he said. “It’s very clearly tied to the larger hard-left agenda to enshrine the racial history of this country as the prime aspect of our national story.”

Other Republicans supported it but said they were doing so with reservations, arguing that by calling the new holiday Juneteenth Independence Day, echoing July 4, Democrats were creating confusion and forcing Americans to choose their celebration of freedom based on their race.

“We support the holiday, but why would the Democrats want to politicize this by co-opting the name of our sacred holiday of Independence Day?” said Representative Clay Higgins, Republican of Louisiana.

Juneteenth commemorates the end of slavery and is also known as Emancipation Day, Jubilee Day and Juneteenth Independence Day.Its name stems from June 19, 1865, when Maj. Gen. Gordon Granger in Galveston, Texas, issued General Order No. 3, which announced that in accordance with the Emancipation Proclamation, “all slaves are free.” Months later, the 13th Amendment was ratified, abolishing slavery in the final three border states that had not been subjected to President Abraham Lincoln’s order.

Lawmakers on Wednesday celebrated Tuesday’s unanimous passage in the Senate of a bill that would make Juneteenth a federal holiday.

“Yesterday, the Senate came together, and we passed unanimously, unanimously, the law — the bill that says Juneteenth is a federal holiday. It was an important moment for recognizing our history — not shrinking from it, not sweeping it under the rug, not denying it, but staring it directly in the face. It’ll be the only federal holiday that recognizes the terrible legacy of slavery, as well as the noble truth that none of us are free until we are all free.” “The Juneteenth National Independence Day Act does not right the wrongs of our nation’s past, but it finally gives recognition and voice to those who suffered. It finally makes this day of celebration and liberation recorded history. We are recognizing the truth of our history and the missing half of the story of our nation’s freedom and independence. And our work continues.” “There’s nothing more powerful than an idea whose time has come. And it seems to me that this is the most propitious time for us to recognize our history and to learn from it. And that’s the way I regard Juneteenth. There’s no better time than the present, particularly given the strife we’ve seen — the level of distrust, for example, between law enforcement and the communities they serve — than to acknowledge our nation’s history and to learn from it.” “What I see here today is racial divide crumbling, being crushed this day under a momentous vote that brings together people who understand the value of freedom. And that is what Juneteenth is all about. It is a journey of pain, brutality, separation and the racist hand of people held in bondage.” 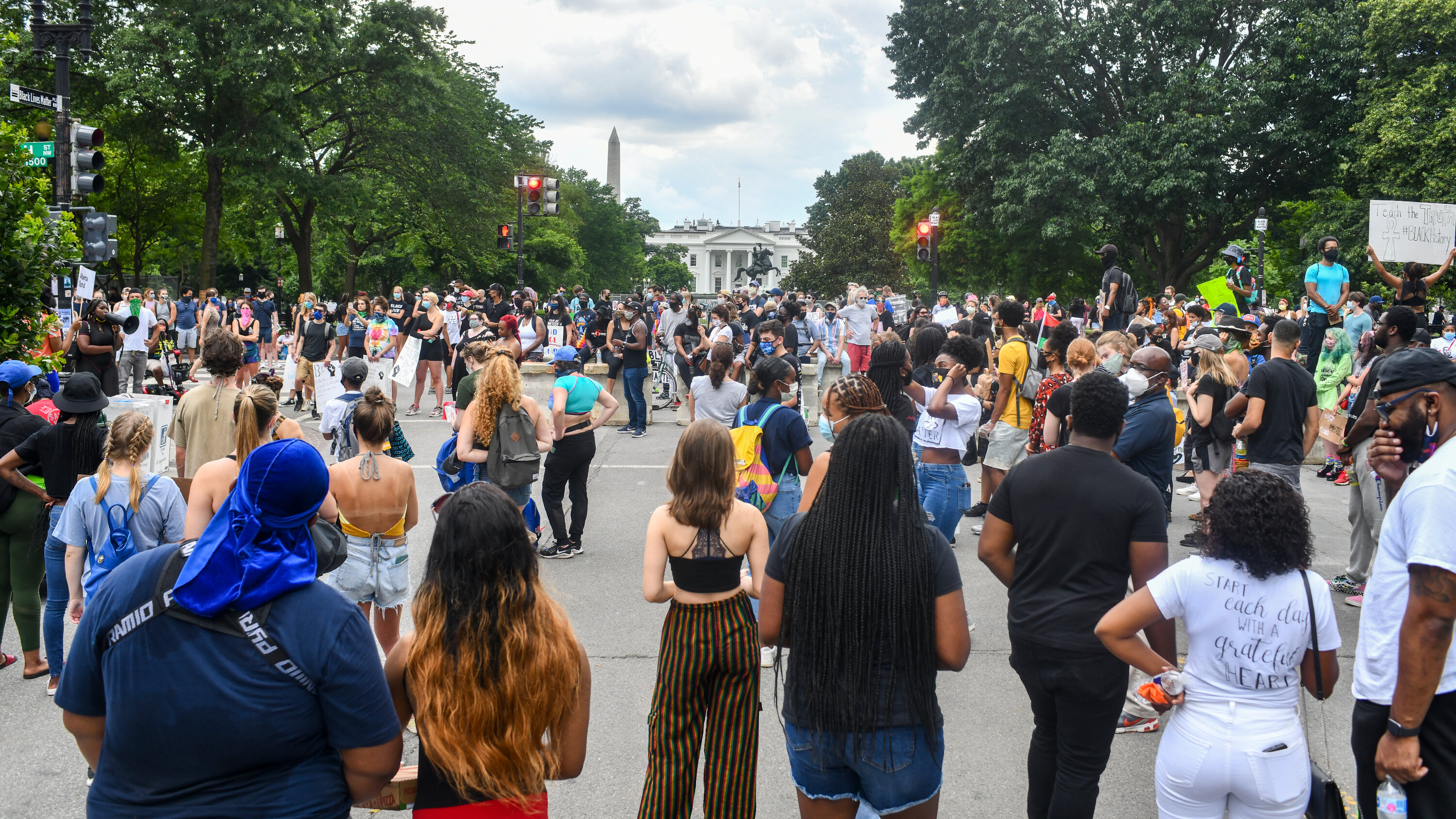 The push to designate Juneteenth as a national holiday had been building for years. But it came on suddenly in the Senate on Tuesday, when Senator Ron Johnson, Republican of Wisconsin, who had been the lone impediment to passing the bill, dropped his objection.

The senator had raised concerns about the estimated $600 million cost of providing another paid holiday for federal employees and suggested ending an existing national holiday to make room for the new one. His move gained no traction, and he eventually relented.

“While it still seems strange that having taxpayers provide federal employees paid time off is now required to celebrate the end of slavery, it is clear that there is no appetite in Congress to further discuss the matter,” Mr. Johnson said in a statement. “Therefore, I do not intend to object.”

After Mr. Johnson dropped his opposition, Senator Chuck Schumer, Democrat of New York and the majority leader, raced to the floor to pass the measure through unanimous consent, which allows bills to be approved with no debate and no roll-call vote.

“It was an important moment for recognizing our history — not shrinking from it, not sweeping it under the rug, not denying it, but staring at it directly in the face,” Mr. Schumer said at a news conference on Wednesday. “It’ll be the only federal holiday that recognizes the terrible legacy of slavery as well as the noble truth that none of us are free until we are all free.”

Proponents in both parties said the move was long overdue.

“For far too long, the story of our country’s history has been incomplete, as we have failed to acknowledge, address and come to grips with our nation’s original sin of slavery,” said Senator Edward J. Markey, Democrat of Massachusetts and a lead sponsor of the bill.

Senator John Cornyn, Republican of Texas, who pushed for passage, said he had talked to Mr. Johnson “many times about his concerns.”

“I think he saw that this was inevitable,” Mr. Cornyn said.

Many states have recognized Juneteenth for decades, but only some observe it as an official holiday. The day is already celebrated in 47 states and the District of Columbia.

After the protests for racial justice last year, dozens of companies moved to give employees the day off for Juneteenth, and the push for federal recognition as a paid holiday gained new momentum.

Texas was the first state to observe Juneteenth as an official holiday, starting in 1980.

The push to recognition comes as Republicans around the country, including some in Congress, are pushing to bar schools from using curriculum that explores the legacy of slavery and teaches about the effects of racism on myriad aspects of society.

“We do know there’s a movement to erase history with attacks on critical race theory and teaching children about the presence of systemic racism in our country’s history,” Mr. Markey said.

Making Juneteenth a federal holiday “acknowledges slavery as the original sin built into the United States Constitution,” he added. “We celebrate its eradication, but we can’t celebrate how deeply racism resulted in America’s policies and is still built into education, health care, housing and every other policy.”