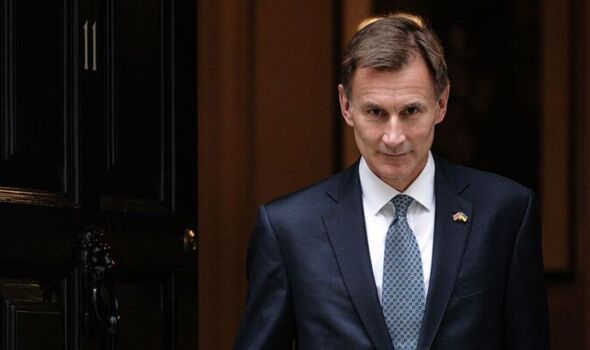 The Chancellor said that EU red tape will be slashed and credit crunch-era rules loosened to unlock £100billion of investment in the UK economy.

Mr Hunt said the changes will bolster London’s status as the pre-eminent financial centre in Europe, a position that has been dealt a blow over recent years.

The moves will loosen banking rules introduced after the 2008 financial crisis, which saw some banks face potential collapse.

Mr Hunt said: “This country’s financial services sector is the powerhouse of the British economy, driving innovation, growth and prosperity across the country.

“Leaving the EU gives us a golden opportunity to reshape our regulatory regime and unleash the full potential of our formidable financial services sector.”

The Chancellor outlined more than 30 regulatory reforms, with hundreds of pages of EU rules to be reviewed, repealed and replaced – ranging from disclosure for financial products to prudential rules governing banks.

Among the issues in the spotlight is “ring-fencing” – the regulation that requires major banks to keep investment and retail banking separate.

This rule was brought in during 2019 and, according to the Bank of England, was designed to “increase the stability of the UK financial system and prevent the costs of failing banks falling on taxpayers”.

But the reforms will see banks released from the requirements if they do not have major investment activities.

Banks have previously pushed for the rule to be axed or for the deposit threshold that triggers it to be raised.

The plans have echoes of the 1980s “big bang” deregulation under Margaret Thatcher’s government, which sparked a boom in the sector.

Chris Hayward, policy chairman at the City of London Corporation, said: “This is not about deregulation, this is about growth.

“We need the help of good growth and good regulation at the same time, they are two sides of the same coin.

“It’s a chance to actually grow our economy and I think we should be very excited about it. It’s positive news for financial services.”

Mr Hunt also attended the Oil and Gas Fiscal Forum while in Edinburgh.