Labour has seen its favourability and popularity plummet in several polls over recent weeks and months, as leader Sir Keir struggles to revive a party that was decimated under the leadership of predecessor Jeremy Corbyn. The party had been engulfed by allegations of anti-Semitism under Mr Corbyn’s leadership, culminating with a disastrous general election result in December 2019 that handed Boris Johnson and his Conservative Government a healthy House of Commons majority.

The Prime Minister and his Conservative Party delivered Brexit but quickly came under heavy pressure just weeks later over their handling of the coronavirus pandemic as cases and deaths spiralled out of control.

However, the huge success of the UK’s vaccine programme, which has seen more than half of the population receive a jab, has coincided with the Tories extending their lead in polls and leaving Sir Keir and Labour languishing far behind.

Brexiteer Alex Phillips explained the reason why Labour has fallen behind in the polls while taking a brutal swipe at the Opposition.

She tweeted: “The reason Labour’s languishing in the polls is because every political manoeuvre is driven by a misguided sense of superior virtue that most people don’t share. 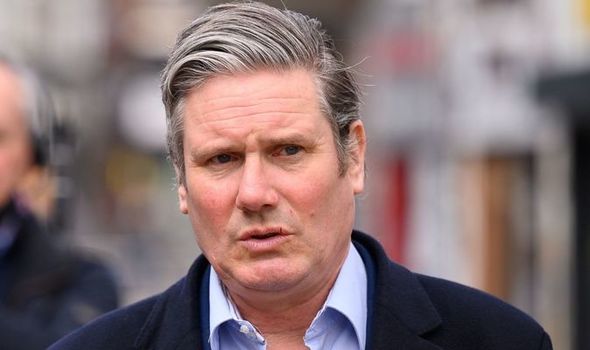 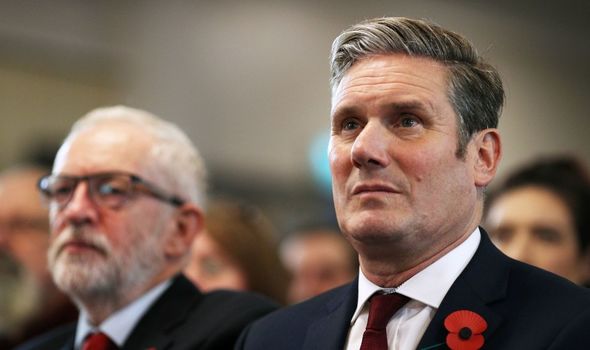 “Their self-righteousness is tedious.”

Earlier this month, a YouGov poll for The Times showed support for Labour had dropped to its lowest level under Sir Keir’s leadership.

The survey of 1,689 UK adults from April 13-14 indicated the Tories had extended their lead over Labour to 14 points – the biggest gap for nearly a year and making Labour less favourable than it was under the disastrous leadership of Mr Corbyn. 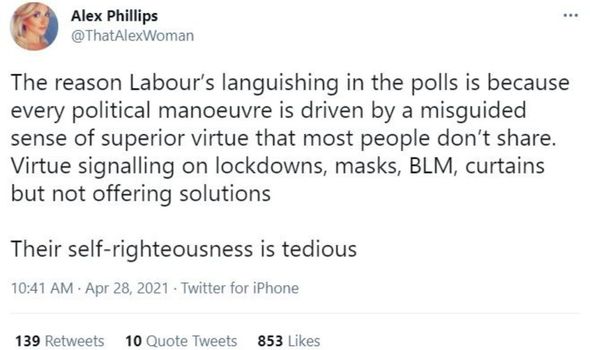 This shocking poll for Sir Keir showed UK-wide support for Labour has slipped to just 29 percent, with the Tories now polling at 43 percent.

Mr Johnson’s own approval rating has fallen since then, however, with another leading poll showing six in 10 Britons regard him as “untrustworthy” and was beaten on trust by Sir Keir.

The Ipsos Mori poll for the Evening Standard of 1,090 adults from April 16-22 came following claims of donations to fund a refurbishment of his flat and revelations about a text exchange with tycoon Sir James Dyson.

Mr Johnson has also come under increased pressure after it was reported he said “let the bodies pile high” rather than introducing another lockdown. The Prime Minister has denied he said the words. 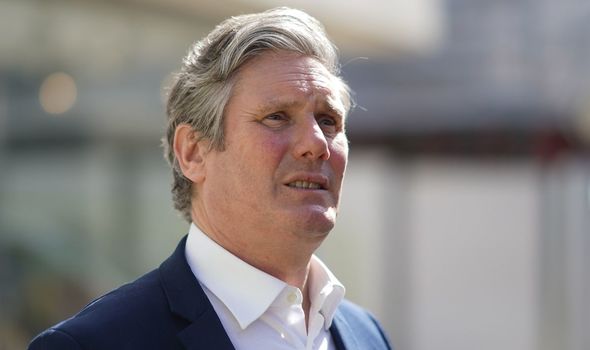 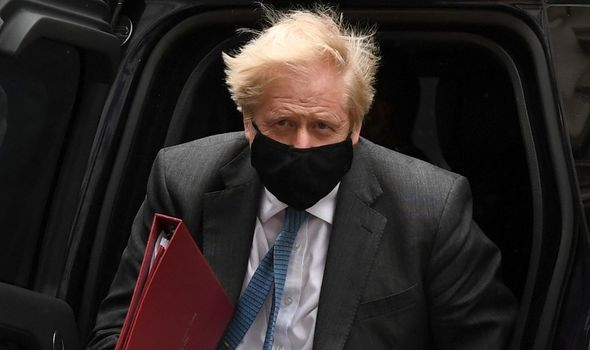 In a fiery encounter during Prime Minister’s Questions in the House of Commons on Wednesday, Sir Keir dubbed Mr Johnson “Major Sleaze”.

The Labour leader launched a furious attack against the Prime Minister as he raged: “Dodgy contracts, jobs for their mates and cash for access – and who is at the heart of it?

Sir Keir also used his questions during the weekly parliamentary session to probe Mr Johnson about the details around the refurbishment of his Downing Street flat.

The Labour leader said: “Who initially – and Prime Minister, initially is the key word here – who initially paid for the redecoration of his Downing Street flat?”

A defiant Mr Johnson snapped back: “As for the latest stuff that he is bringing up, he should know that I have paid for Downing Street refurbishment personally.

“And I contrast it. Any further declaration that I have to make, if any, I will be advised upon by (the independent adviser on ministers’ interests) Lord Geidt.”