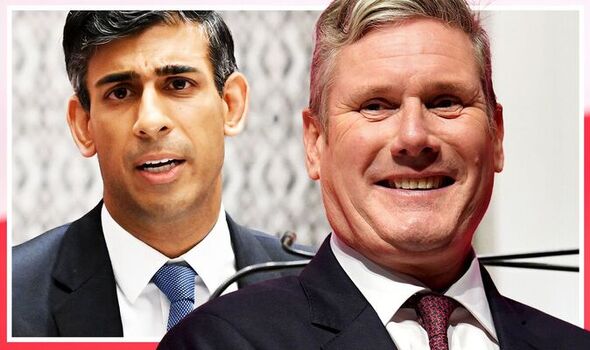 Shadow defence secretary John Healey will today demand that the Ministry of Defence (MoD) “steps up its efforts” to Buy British after figures revealed that the department is behind others in supporting British small and medium-sized companies (SMEs). Just £1 in every £20 spent by MoD on procurement goes to UK SMEs in figures Mr Healey will quote in a speech today.

The speech at the Make UK’s Defence Summit in Birmingham is the latest evidence of Labour appearing to try to “steal the Tories political cloths”, one Conservative MP has noted.

It follows Labour leader Sir Keir Starmer telling the CBI this week that Britain has got to stop living off immigration to fill jobs in a move which suggests he is prepared to clamp down on visas.

Recent polls by Techne UK for Express.co.uk have revealed concerns that the Conservatives are failing on the economy, Brexit and immigration.

Added to that Labour is now leading by 22 points in the polls.

One Tory backbencher told Express.co.uk: “We should be very worried indeed that Labour feel emboldened to move on to territory which should be our strong suits.

“It shows we are failing, at least in the eyes of the public.”

New figures reveal just 5 percent of the MoD’s procurement expenditure was with UK SMEs last year, despite them making up 97 percent of the country’s defence and aerospace manufacturers.

Labour analysis of MoD data also shows that while the MoD has the highest level of procurement spend across all government departments, less than a quarter of its direct and indirect spend goes to SMEs.

As a proportion of procurement spend across all government departments, the MOD makes up 27.2 percent with £19.5bn, but its total spend with SMEs, including indirect spending, was just 23 percent in 2020/21.

At the conference tomorrow, Mr Healey will say that Labour is “the party of sovereign defence capability” and set out Labour’s vision to “buy, make and sell more in Britain.”

But in 2019, ministers pushed it back a year when it looked like they would miss it. Figures show the average SME procurement spend since 2016 is just 18.6 percent.

“SMEs are the backbone of our sovereign defence capability, they drive innovation, create jobs and support our resilience. But Ministers are failing to support them with government spending and missing self-imposed targets.

“British investment should be directed first to British industry. In government, we will make defence investment a critical part of Labour’s mission to buy, make and sell more in Britain.”