Brexit talks continue again this week after a weekend of negotiations between Michel Barnier and Lord Frost in Brussels failed to make any further progress. A UK Government source said the discussions had been “difficult” and that “significant differences” remain over fisheries and the so-called “level playing field rules”. The EU had previously said talks needed to be concluded by Sunday evening, but should a deal be made in the next few days an agreement could be provisionally signed off before being fully rated in 2021.

Mr Barnier has told Boris Johnson that the EU remained committed to achieving “a fair, reciprocal and balanced agreement”, but said Britain must respect the bloc’s sovereignty if talks were to succeed.

But speaking from Downing Street on Monday night, the Prime Minister continued with his tough stance on Brexit, insisting Britain “has got to be able to control its own laws completely”.

He said: “It remains the case that WTO terms would be more than satisfactory for the UK. And we can certainly cope with any difficulties that are thrown in our way.

“Not that we don’t want a deal, but WTO terms would be entirely satisfactory. Prosper mightily remains an extremely good description of life after January 1 either way.” 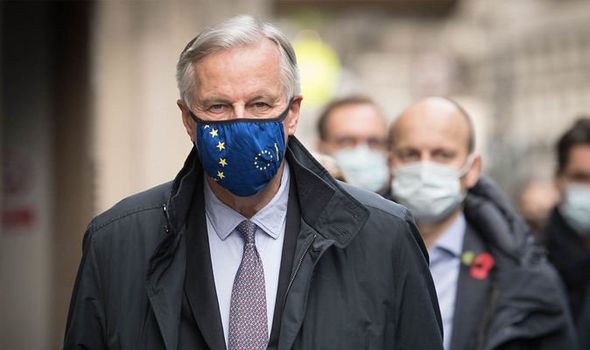 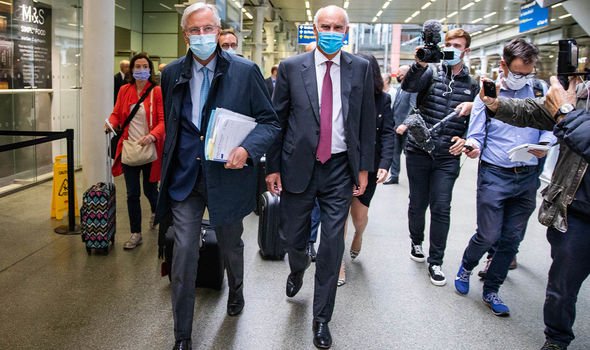 But London Mayor Sadiq Khan and Scotland’s First Minister Nicola Sturgeon backed calls for the deadline to be extended as Britain battles the goring coronavirus pandemic. Labour leader Keir Starmer declined to join them, instead urging Mr Johnson to secure a deal with the EU.

The Prime Minister’s official spokesman conceded that “time is obviously in very short supply” to get a deal done but dismissed any calls for an extension.

He added: “We will need to ratify any agreement ahead of January 1. The Leader of the House made clear that we would recall Parliament in order to give MPs a vote on the necessary legislation.” 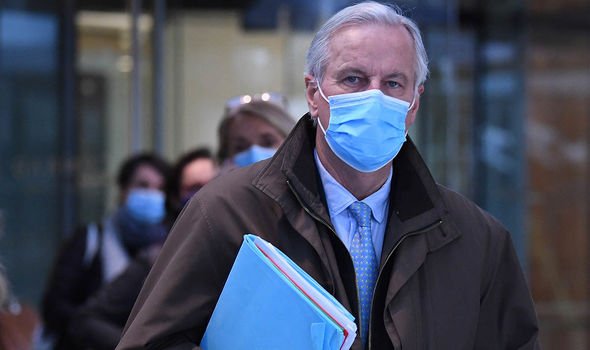 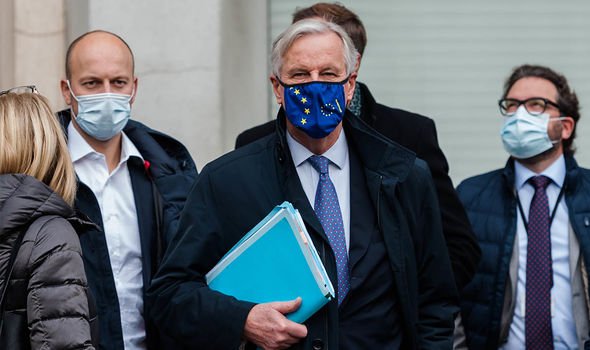 What time is Barnier speaking today?

Michel Barnier is expected to make an announcement on Brexit at 3pm, according to DailyFX.

As yet it is unclear what the announcement will be about.

Express.co.uk will update this story when more information comes to light.

The announcement comes after Mr Johnson was caught laughing last night in response to a question from ITV’s political editor Robert Peston.

The PM was seen chuckling at the question alongside Transport Minister Grant Shapps after Mr Peston asked at a Downing Street press conference: “It’s almost the end of the year, you must know by know whether we’re going to get a free trade deal. Will we?”

The prime minister responded by saying he had held a “great conversation” with Emmanuel Macron earlier on Monday, adding: “It’s his birthday, by the way.”

But the awkward moment angered some viewers, who said Mr Johnson was treating “worthwhile questions with contempt”.