Minister accuses unions of putting patients at risk during strikes 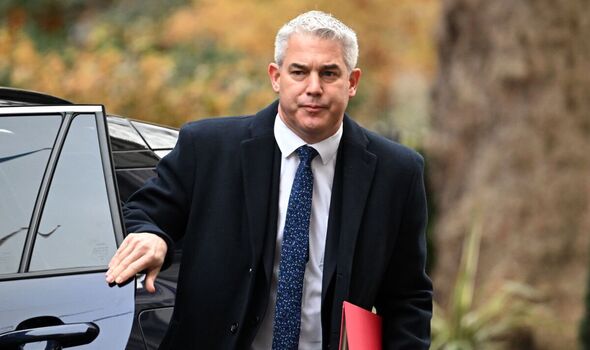 Up to 25,000 paramedics, call handlers, drivers and technicians went on strike in the pay dispute.

Mr Barclay was pressed on whether the striking workers were being “reckless”.

He replied: “If there are delays to ambulances, then it is concerning in terms of our ability to get that care.

“It is clearly a concern as to the impact it has on patient safety.”

Mr Barclay contrasted the actions of unions Unison and GMB with the Royal College of Nursing in the way preparations to ensure proper cover is in place to deal with patients during industrial action.

He said: “There is a marked difference between what we’ve seen with the RCN, who put national arrangements in place to guarantee safety, and what we’ve seen with the ambulance strikes, where even up to midnight I was getting calls in terms of what arrangements would be in place in terms of the local cover, the minimum safety levels that would be in place, because ambulance unions had refused to do that at a national level.”

New strikes laws demanding minimum levels of service that the government has introduced to parliament would have made a difference when it came to preparing for Wednesday’s ambulance strikes, Mr Barclay said.

“Firstly, it would make the contingency planning much easier to predict because we would know what the minimum safety service levels would be,” he said.

“Of course it would protect the unions’ right to strike – it is important that people are able to strike where that is a right they wish to exercise.

“But, at the same time, it would balance that with having minimum service levels.

“Particularly, if you look at those Category 2 calls, those urgent calls which often can be very serious – heart attacks and strokes – that’s the sort of territory you would expect – and we will be consulting on this – in terms of minimum service levels to agree.”

He added: “It is going to take about six months in Parliament for this legislation to pass, so it will be scrutinised, we will debate this in Parliament, but it is about saying we want national minimum safety levels in place, just as they do in France, in Spain, in Italy.”