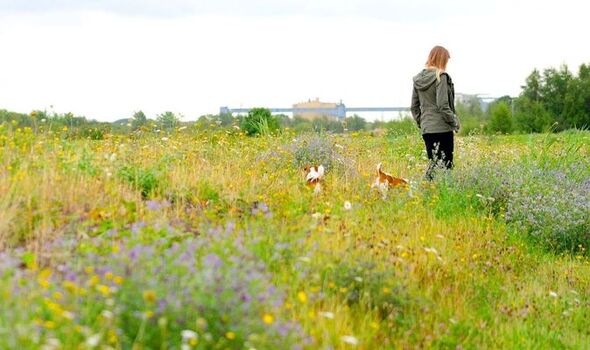 MP David Simmonds wants to amend the Levelling Up and Regeneration Bill to make sure we have access to nature and help meet environmental targets.

The plan by the Ruislip, Northwood and Pinner MP is supported by nine Conservative colleagues.

Mr Simmonds said: “Our existing land designations have not stopped the decline in nature. That’s why it’s time for a new wildbelt status to boost biodiversity and restore our green and pleasant land.

“If we are going to reconnect people with the wonders of the natural world and halt the decline of nature, we need land near towns and cities dedicated to boosting biodiversity.”

Unlike existing protections like the green belt – designed only to prevent urban sprawl – wildbelts will be dedicated to restoring natural habitats.

If MPs approve the amendment, town halls could establish wildbelt on top of their existing protected areas in their local plans.

On a national level, it would creating legally protected land marked for nature restoration across the country.

The Daily Express Green Britain Needs You campaign is calling on everyone to do their bit for the environment.

Wildbelts would not only prevent damaging development, but allow sustainable farming and other naturefriendly land use, the Conservative Environment Network (CEN), says.

CEN spokesman James Cullimore said: “We have lost more of our biodiversity than any other G7 nation. A new planning designation focused on the recovery of nature can help to turn this around.

“Wildbelts would provide safe corridors for species and nearby pockets of vibrant nature for people alongside land for new homes. It’s an opportunity to make our towns and cities green and thriving once again.”

Britain is one of the most naturedepleted countries in the world, with just 53 percent of biodiversity left.

Otters and butterflies, along with puffins, are among species losing their habitats, the Wildlife and Countryside Link (WCL) says.

The group is urging the Government to keep nature laws “or risk losing our iconic wildlife”.

“Hundreds of laws are at stake, which could be lost or replaced by ministers with scarcely any scrutiny. “At a time when cuts mean every department is stretched, the Government is proposing a costly legal facelift, with no justification for how it could benefit our environment.

“The Environment Department is already falling behind on many of the Government’s flagship nature commitments. This could set nature recovery back by years.”

He added: “As the UK prepares to send delegates for crucial COP15 nature talks, the Government should be taking decisive domestic action.

“Instead, this Bill puts protection for UK species and habitats at the greatest risk for decades.”