Iranian state TV said yesterday a deal had been struck over the long-running dispute, which has been suggested as a reason for the British-Iranian charity worker’s detention. But officials in London have since pushed back on the idea that payment of the decades-old debt would free Nazanin. Last week the Prime Minister said they were “two entirely separate issues”.

On a campaign visit to Hartlepool, Mr Johnson said: “We of course make sure that we do everything we can to look after the interests of Nazanin and all the very difficult dual national cases we have in Tehran.”

Her husband Richard Ratcliffe said yesterday the family had not been updated but welcomed signals from Tehran as “a good sign”.The legal dispute dates back to the 1970s when the then-shah of Iran paid the UK £400million for 1,500 Chieftain tanks.

Britain refused to deliver the vehicles to the new Islamic Republic after the shah was toppled in 1979 but kept the cash despite British courts accepting it should be repaid. 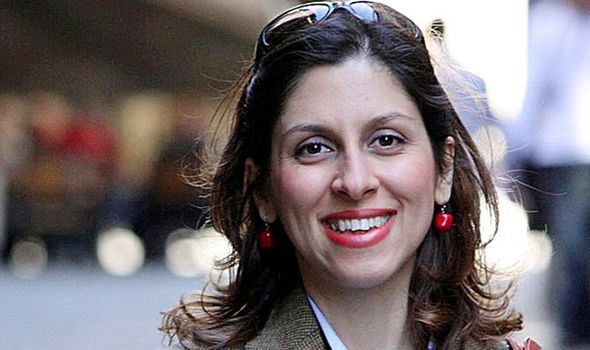 The Foreign Office said “legal discussions are ongoing” over the debt despite the claim on Iranian state TV, which cited an official.

The anonymous source was also quoted as saying a deal between the US and Tehran would see a prisoner swap in exchange for the release of £5billion of frozen Iranian funds. But Washington denied the report.

Nazanin, 42, of north London, was detained and accused of spying in Tehran in 2016 while taking daughter Gabriella to see her family. She has denied all the accusations.

She finished a five-year jail term in March but was handed another year.

Foreign Secretary Dominic Raab demanded unconditional freedom for those held arbitrarily. He added: “The reports I’m afraid are not yet accurate in terms of the suggestion of her imminent release.”