Douglas Ross claimed the Scottish First Minister was “caught spinning the stats” after she made a claim on Monday that she was “satisfied that we have met the target” of vaccinating all over-70s and all those who are classed as extremely vulnerable. Ms Sturgeon stated that “everyone in these groups has been offered the vaccine” but the statistics show that only 80 percent of those on the shielding list have had their first dose.

The latest figures show 143,752 people who are “clinically extremely vulnerable” – just 80 percent of those on the shielding list – had received the jab by 8.30am yesterday.

The Moray MP and Scottish Conservative leader tonight demanded Nicola Sturgeon should “apologise for this completely unacceptable attempt to hide the truth”.

The row erupted after the First Minister told MSPs at Holyrood that by 8.30am on Wednesday a total of 1,320,074 Scots had received their first dose of the coronavirus vaccine – an increase of 32,070 from the previous day.

With National Records of Scotland (NRS) figures showing coronavirus deaths in care homes having fallen by 62 percent in three weeks, she welcomed this as the “first hard evidence of the positive impact of vaccination”. 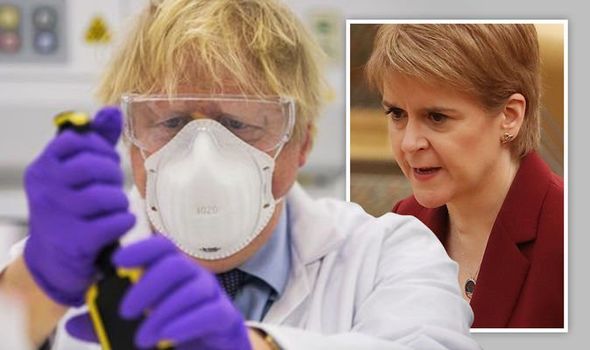 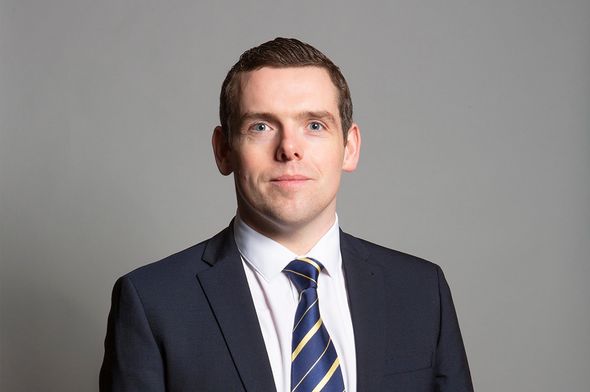 Mr Ross said she had “tried to dupe the public about meeting key targets”, branding the actions as “shocking”.

The Conservative MP, added: “These new statistics show that the SNP missed their target and, in fact, one in five of the extremely clinically vulnerable are still waiting for their jab, days after the SNP said everyone would have it.

“Nicola Sturgeon has been caught spinning the stats and misleading the public.

“She couldn’t have been clearer in the Scottish Parliament that the SNP’s target was to vaccinate everyone who is shielding by mid-February. 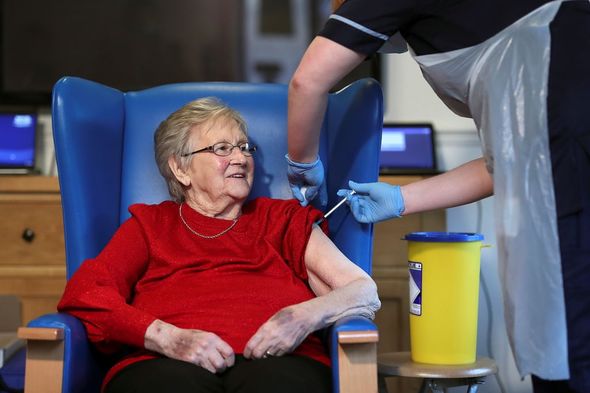 “The public need to know they’re getting honest and accurate information from the First Minister. She must apologise for this completely unacceptable attempt to hide the truth.”

A Scottish Government spokeswoman added: “The deployment plan was based on an uptake of at least 80 per cent in each cohort, and that was met yesterday for those who have been advised to shield.

“Anyone who believes they should have had an invite but hasn’t should visit NHS Inform to find out what they should do to get their appointment.” 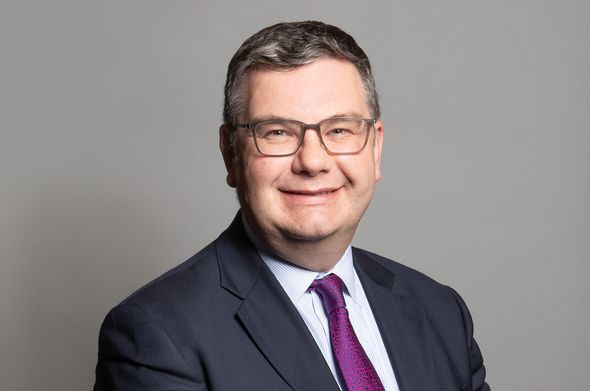 Coronavirus-related deaths among Scotland’s oldest residents have also been falling as a result of the boost in the vaccination campaign.

National Records of Scotland data revealed deaths in care homes had fallen by 62 per cent from 111 in the week beginning January 18 to 42 last week.

Scottish Government figures revealed the country recorded 64 deaths from coronavirus and 1,121 positive tests in the past 24 hours.

There are 1,317 people in hospital confirmed to have the virus, down 66 compared to a day earlier, of whom 99 are in intensive care, down one.

Iain Stewart MP, UK Government minister for Scotland, said: “The UK Government has made huge efforts to successfully procure safe and effective vaccines for people right across the UK.

“While much has been done, there is still more to do, and the UK Government remains ready to support the Scottish Government in any way it can to get people inoculated.”