Oh no, Nicola! Sturgeon under fire as SNP faces probe over missing funds –party in ‘chaos’

Police Scotland is currently assessing a fraud allegation relating to the SNP accounts to see if an investigation is required.  The allegations made by two whistleblowers claim that £600,000, which has been ring-fenced for holding a second independence referendum, is missing from the party’s accounts.

Members have also raised concerns about donating to the fund after members of the Finance and Audit Committee refused to be shown the party’s accounts by chief executive Peter Murrell.

But the First Minister, Mr Murrell and new party treasurer will gather with other senior SNP members for the National Executive Council (NEC) meeting tomorrow.

Questions are expected to be fired at MSP Colin Beatie who was appointed last night as the party’s treasurer following the resignation of Douglas Chapman. 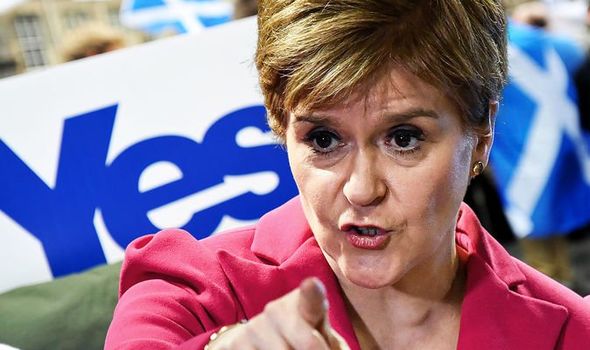 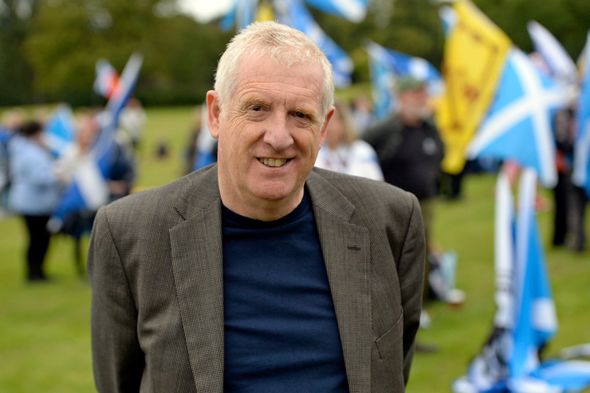 Mr Chapman, the MP for Dunfermline and West Fife, resigned as national treasurer of the party last month after taking on the role last year.

Mr Chapman claimed he was not given enough information to do the job.

Joanna Cherry MP also resigned from the National Executive Committee on Monday just days after Douglas Chapman along with three other senior officials.

An SNP source claims: “Members are getting extremely concerned and want clear and transparent answers. 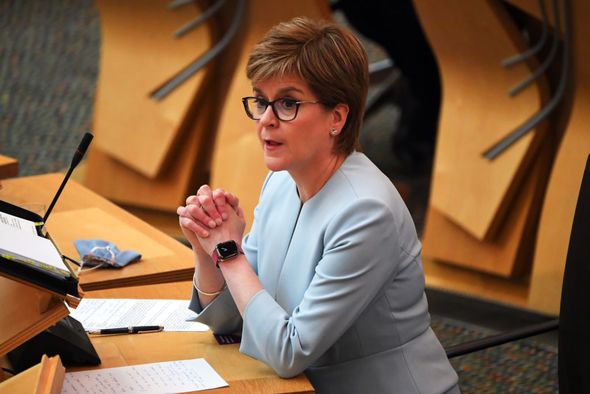 “The party is in chaos currently.”

Ms Sturgeon and Mr Murrell are also expected to face questions about the finances.

David Henry, former secretary of the SNP’s Sighthill and Stenhouse branch in Edinburgh, was one of two people who blew the whistle on the SNP finances and has been interviewed by police.

Mr Henry, who has now left the SNP, claims: “Fairness, equality for all is a good starting point and that’s why I thought the SNP was the party for me, because they have a good set of core values.

DON’T MISS:
Get on with it, Joe! Biden urged to seal UK-US deal now [LATEST]
EU’s ‘cod war’ with Norway set to erupt as Britain hopes for fishing [INSIGHT]
EU backs down! Brexit victory as bloc to cave on red tape row [REVEAL] 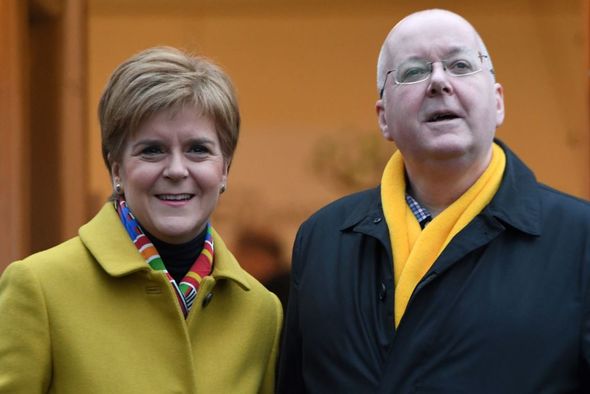 “So imagine my surprise when I have seen unfair and less than transparent and honesty around party funds and campaign funding?”

A Police Scotland spokesperson said: “We continue to assess a complaint of alleged financial irregularity.

“During this initial work, further information has been received which also requires to be assessed to determine if an investigation is required.”

An SNP spokesperson said: “We will spend £600,000 this year on preparations for a second independence referendum.

“We are grateful to our thousands of donors who have made this vital work possible.

“A tiny number of individuals, no longer associated with the SNP, have requested refunds.

“These were dealt with. No SNP member has requested a refund.”

The spokesman stressed: “Delivering transparency for our members and donors is of paramount importance to us.

“However, we will robustly challenge any allegations from political opponents that seek to cast doubt on the integrity of the SNP’s finances.”