On Tuesday, the European Court of Human Rights blocked the flight to Rwanda 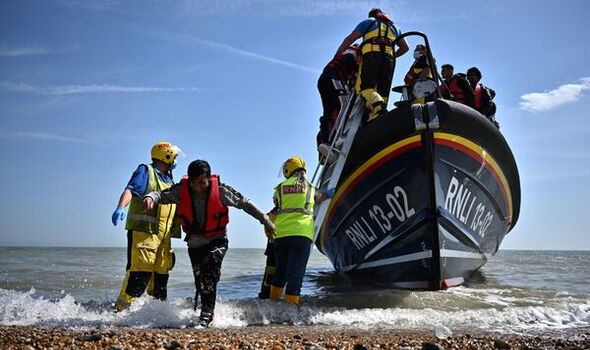 Yet three UK courts, the High Court, the Appeal Court and the Supreme Court of the UK had all, after careful consideration, already agreed that the flight could go ahead.

There is a very suspicious lack of detail of how the ECHR decision was arrived.

After all, the Court of Appeal took three judges and some time to deliver grounds for their decision.

By comparison, the ECHR just issued half a page of A4 attached to a press release. Their refusal to name the judges also smacks of secrecy because we now discover that there is still a Russian Judge sitting in the Court.

Was it he perhaps, behind this wall of secrecy who took this decision, whilst his compatriots invade and terrorise Ukraine? Who knows.

Justice must not only be done but it must be seen to be done.

The problem is that the UK has a growing Asylum crisis. More and more people are using the Asylum process to get around the normal immigration process.

This in turn has put huge pressure on our broken asylum system which currently costs taxpayers more than £1.5 billion a year – the highest it’s been for two decades.

People are dying at the hands of criminal gangs, smuggling people to the UK and putting them in Rickety unseaworthy boats, resulting in a terrible loss of life.

unsustainable pressures on public services and making it more difficult to genuine victims of slavery and abuse, to whom we should be generous, using safe and legal routes to the UK.

People should claim asylum in the first safe country they reach. Under existing legislation, if someone travels through safe countries to illegally enter the UK, rather than using legal means of seeking safety, they are unlawfully in the UK and can be relocated to a safe country.

The EU has sent people to Rwanda for processing and Denmark is looking at it.

By so doing the UK  government is trying to break the exploitative business model of the ruthless gangs and stop these terrible deaths.

These jobbing lawyers say the government is turning away people fleeing persecution in their home countries like Iran or Syria. They are wrong, they’re already in a safe place called France.

All those opposed to this have offered no alternative except another summer of many illegal and dangerous crossings and too many dying. Shame on them.