Ms Truss has slapped down an attempt by Labour MP Neil Coyle to question the legality of the UK’s plan to have asylum seekers processed in Rwanda. The Foreign Secretary was questioned by the Labour MP during an appearance in front of the Foreign Affairs Committee in Parliament.

Ms Truss told the Labour MP: “This is a perfectly legal policy that this Government is pursuing an auger as I’m sure as you’re aware, Mr Coyle.

The Labour MP asked: “No country has raised concerns with you about the legality of that policy?”

“No,” defended the Foreign Secretary.

“In fact, what has been raised with me by foreign counterparts is wanting to learn from the UK as policy so that they can engage in similar arrangements.” 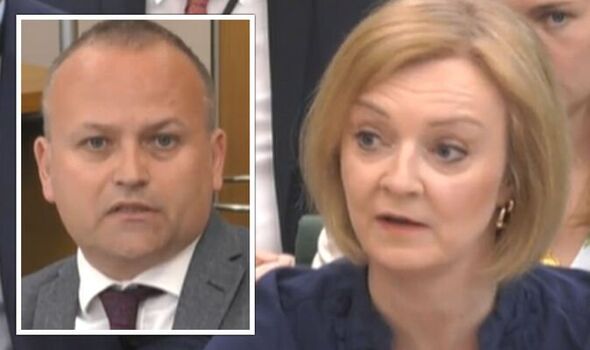 The Foreign Secretary also faced questions about the role of her department in the Rwanda asylum scheme.

Ms Truss told that the Foreign, Commonwealth and Development Office (FCDO) was not in charge of the scheme, stressing that the Home Office was leading on oversight of the policy.

She said: “My understanding is that would be led by Home Office officials, rather than FCDO officials.”

“For all of the migration work we do, Home Office officials lead in terms of assessing accommodation.”