With allocations of the company’s vaccine set to plunge by 86 percent next week, governors across the country warned that the loss of supplies they had been counting on would set back their vaccination drives.

Federal officials said Moderna and Pfizer-BioNTech, the other two federally authorized vaccine manufacturers, could make up some of the shortfall. They also pointed out that some states were not currently using all the vaccine allocated to them.

But increases from Moderna and Pfizer will not make up for the plunge in Johnson & Johnson supply. California will receive 400,000 fewer overall doses next week than this week, a drop of 15 percent, even with slight increases from Pfizer and Moderna. That will be followed by another 5 percent decrease the next week, state officials said on Friday. Officials in a broad band of states said the sudden drop in Johnson & Johnson supply would significantly slow inoculation efforts.

“The last thing we wanted to hear about was we’re getting less vaccines,” Gov. Larry Hogan of Maryland, a Republican, told reporters Friday. “We were hoping to ramp up as they’ve been promising.”

In a statement, Gov. Andrew M. Cuomo of New York, a Democrat, said, “We will not be able to get as many shots into New Yorkers’ arms as we would like.” He added, “As has been the case since the beginning of our vaccination effort, the X factor is supply, supply, supply.”

Some state health officials had hoped to use Johnson & Johnson’s one-shot, easily stored vaccine to target college students and other transient groups. Others were offering it at mass vaccination sites or directing it to rural areas.

In Virginia, which will broaden vaccine eligibility to its entire adult population in nine days, the effect will be “huge,” Dr. Danny Avula, the state vaccine coordinator, said. He said that officials would have to warn people that even though they would be eligible to sign up for shots, appointments could be hard to come by.

Johnson & Johnson was a latecomer to winning federal authorization for emergency use, after Pfizer and Moderna. But as recently as late February, federal officials were projecting weekly deliveries of more than four million doses of the company’s vaccine in April, a significant increase to the nation’s vaccine stock. Only a quarter of those doses, at best, are now expected this month — all from the Netherlands — while federal regulators comb through the Baltimore factory that was supposed to take over for the Dutch plants. 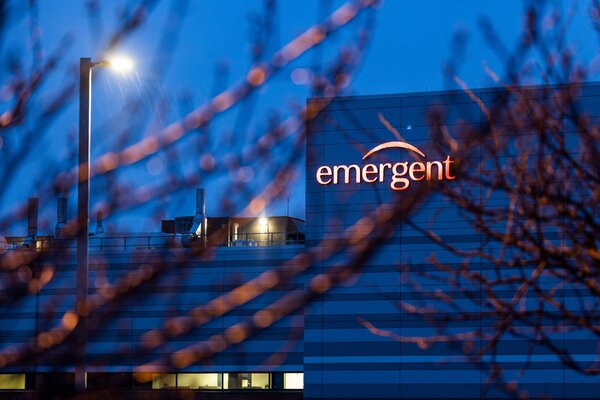 The falloff comes as new, more contagious variants of the coronavirus are sending infection rates soaring in some parts of the country. In Michigan, Gov. Gretchen Whitmer, a Democrat, said on Friday that she had urged Mr. Biden to surge vaccines into her state, where an outbreak, the worst in the nation, has filled hospitals and forced some schools to close.

But the White House is reluctant to change the allocation formula for states, which doles out doses equally based on population. Jeff Zients, the White House coronavirus coordinator, said on Friday that the administration did not plan to shift additional vaccine doses to hard-hit states like Michigan.

“At this point that’s not being deployed, but I am not giving up,” Ms. Whitmer said, describing a call Thursday evening with the president. “Today it’s Michigan and the Midwest. Tomorrow it could be another section of our country.”

The drop-off in Johnson & Johnson doses is directly tied to quality-control issues at the 112,000-square foot plant in southeast Baltimore, run by Emergent BioSolutions, a subcontractor to Johnson & Johnson. Johnson & Johnson discovered last month that Emergent workers had contaminated a batch of vaccine and was forced to discard the equivalent of 13 million to 15 million doses.

The New York Times reported this week that a series of confidential audits and investigations revealed a pattern of troubles at the factory, including a persistent problem with mold, failures to properly disinfect for contaminants, frequent use of raw materials without fully testing them and problems with data integrity. Former supervisors who spoke on the condition of anonymity said that when they complained about the failure to correct some problems, plant managers blamed tight production deadlines.

Because regulators from the Food and Drug Administration have so far not certified the plant, none of the other 62 million Johnson & Johnson doses already manufactured there can be distributed to the public. As many as 15 million of those doses have already been bottled and could be distributed quickly if regulators give the plant a green light.

Mr. Zients said that Johnson & Johnson was installing new senior leadership and that AstraZeneca, another vaccine that has not been federally authorized for use in the United States, would no longer be manufactured there. Production of new batches of Johnson & Johnson vaccine is on hold until the federal regulators conduct an inspection that is expected to take weeks.

Mr. Zients said Johnson & Johnson ultimately expected to be able to deliver as many as eight million doses weekly from the Baltimore plant. He first suggested that the F.D.A. might certify the plant by the end of the month. Then he backed off, saying he did not know and could not speculate about what federal regulators might do.

In a subsequent interview with The Times, Mr. Zients said that the federal government would still have enough doses for all adults in the country by the end of next month.

“You know, it’s wartime. We’re always going to have sufficient supply,” he said. “We are always planning for contingencies. And we don’t know what specific things are going to happen, but we will have supply by the end of May.”

Federal officials said that Moderna and Pfizer-BioNTech may together be able to ship up to an extra two and a half million doses a week. But that would still fall short of the more than four million doses a week the government had been expecting from Johnson & Johnson. The overall effect is already apparent.

Los Angeles County, whose population of nearly 10 million is more than that of some states, expects to receive 74,000 fewer doses next week, even with increases from Moderna and Pfizer. “We are concerned about the allocation,” said Dr. Paul Simon, the chief science officer for the Los Angeles County Department of Public Health.

Gov. Mike DeWine of Ohio, a Republican, said that health officials had been using the Johnson & Johnson vaccine largely to inoculate college students and for its mass vaccination sites, but were surprised to learn that significant numbers of residents were requesting the vaccine by name.

“That’s really the problem,” he said in a telephone interview. “We will have enough to finish our college students, we won’t have as much for mass vaccination sites, and the real downside is that there are some people who really want this and are holding back, and that’s what is worrisome about it.”

The Pentagon on Thursday blamed the problems at the Baltimore factory for the military’s slow progress in vaccinating troops and their families stationed overseas.

“The recent event that caused the loss of about 15 million doses of the Johnson & Johnson vaccine has affected the D.O.D. allocations,” said Lt. Gen. Ronald J. Place, the director of the Defense Health Agency, referring to the Department of Defense.

He said the vaccine had been an important resource for use abroad because it did not require the cold storage needed for the Pfizer vaccine, which the military has widely used domestically. Laura Ochoa, a Defense Department spokeswoman, said on Friday that the military would shift to Moderna and still hoped to have at least one dose injected in every service member overseas by mid-May.

Easier to store and transport — Johnson & Johnson’s vaccine can be kept at normal refrigeration temperatures for three months — states had been counting on the vaccine to fill important gaps in their vaccination campaigns, taking it to homeless populations, migrant workers and rural and tribal communities at mobile vaccination units.

In Louisiana, the vaccine was surprisingly popular at community vaccine events, outpacing Moderna’s and Pfizer’s, said Dr. Joseph Kanter, the state’s top health official. He said the drop in supply to 8,000 doses next week from 67,000 this week was a blow to the state’s momentum.

“There are exactly two things that we can do right now here to prevent a variant-driven surge, and that’s increase mitigation measures and or increase vaccination,” he said. “And we would much rather do the latter.”

“We haven’t gotten a real confident message on J&J supply really since it became available,” he said.