This morning, Dominic Cummings, the PM’s former adviser, made an extraordinary string of accusations, including that Mr Johnson wanted to get injected with Covid to show the British public there was nothing to fear. Leaked messages appear to indicate Mr Cummings told No10 officials to deny herd immunity was a policy being considered in 2020 – despite his recent claims saying otherwise. Mr Starmer will launch his own interrogation on Mr Johnson as Mr Cummings continues to give evidence elsewhere in Parliament.

Mr Cummings also made claims over the Government’s lack of preparation over the pandemic during the Committee session.

Indeed, the former adviser claimed the Prime Minister was more concerned over the state of the economy than the impact of the virus in terms of deaths.

In a further attack against the Government, Mr Cummings also revealed he had advised the Prime Minister to sack the Secretary of Health, Matt Hancock.

Mr Cummings also alleged Mr Hancock had claimed the Department of Health was in control of PPE procurement. 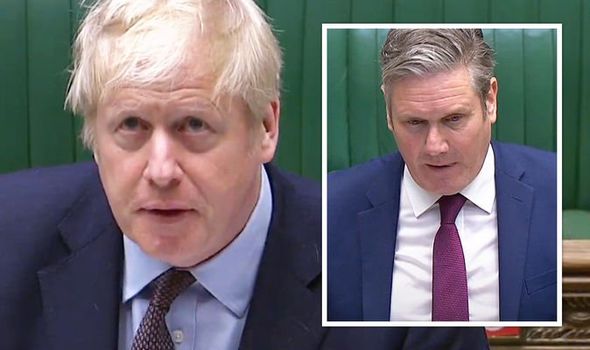 After recovering from Covid, Mr Cummings claimed PPE fell short of what the Secretary of State had stated.

Mr Cummings also claimed there had been no plan over shielding, while there was a belief the British public would not allow a full scale lockdown.

All of these issues are expected to be incorporated in the Labour leader’s attack against the Prime Minister.