Protesters try to pull down ex-US president's statue in DC

Police use pepper spray to push back hundreds of protesters trying to topple statue of Andrew Jackson near White House. 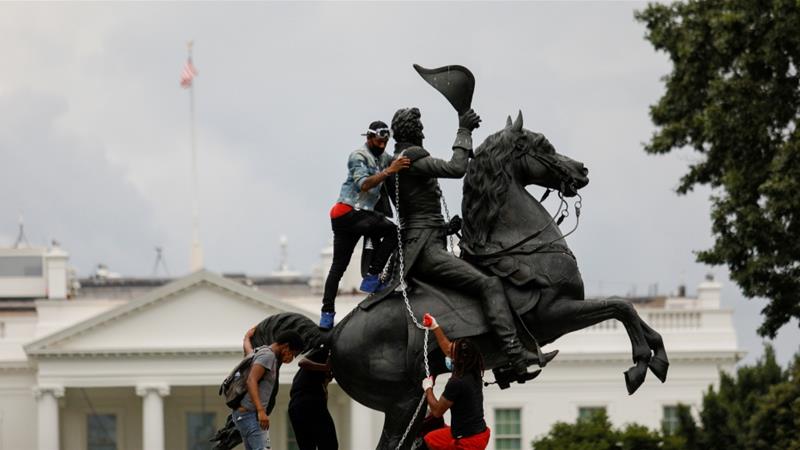 Protesters tried to pull down a statue of former US President Andrew Jackson near the White House on Monday night before being dispersed by police.

Washington, DC, WUSA-TV channel reported that police used pepper spray to move protesters out of Lafayette Square, where the Jackson statue is located.

Videos posted on social media showed that the protesters had climbed on the statue, tied ropes around it, then tried to pull it off its pedestal.

A wave of nationwide rallies calling for racial justice has swept the US since May 25, when George Floyd, a 46-year-old Black man, was killed by a white police officer in Minneapolis, Minnesota.

The statue shows Jackson in a military uniform atop a rearing horse. The 19th-century president’s ruthless treatment of Native Americans has made his statue a target of demonstrators protesting the US’s legacy of racial injustice.

Jackson, in office from 1829 to 1837, owned more than 500 slaves over the course of his life and was a key figure in the Trail of Tears, the forced relocation of at least 60,000 Native Americans.

A helicopter circled over the gathering of hundreds of people on the newly-renamed Black Lives Matter Plaza as officers continued to use pepper spray to disperse the protesters.

The Jackson statue remained on its pedestal on Monday night.

President Donald Trump tweeted late on Monday that “numerous people” had been arrested for “the disgraceful vandalism.”

He added: “10 years in prison under the Veteran’s Memorial Preservation Act. Beware!”

Secretary of the Interior David Bernhardt was at the scene on Monday night, and issued a statement saying: “Let me be clear: we will not bow to anarchists. Law and order will prevail, and justice will be served.”

On June 1, law enforcement officers forcefully cleared peaceful protesters from Lafayette Square so Trump could stage a photo op at a nearby church. 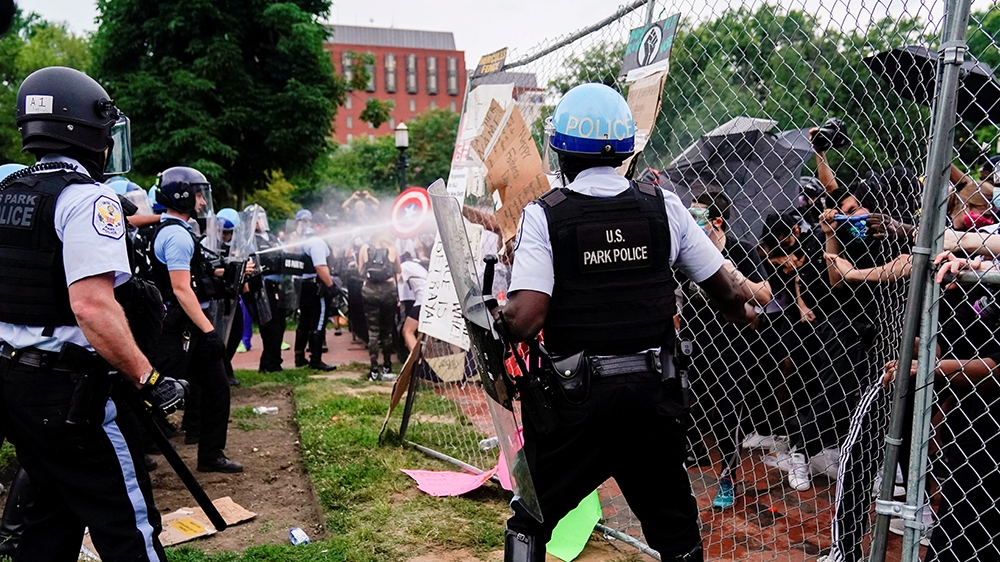