If confirmed, David Chipman would inherit an agency seriously depleted by the National Rifle Association’s campaign to undermine it. 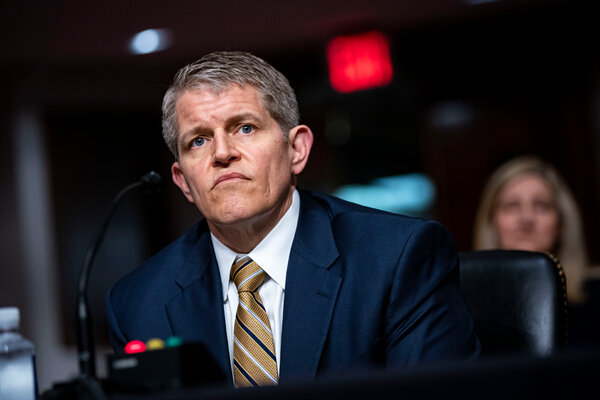 President Biden tapped David Chipman to lead the Bureau of Alcohol, Tobacco, Firearms and Explosives in part because the two-decade bureau veteran has few qualms about taking on the gun lobby in blunt, confrontational and unapologetic terms.

On Wednesday, Republicans on the Senate Judiciary Committee seized on Mr. Chipman’s scathing comments — including an interview in which he likened the frenzied buying of weapons during the pandemic to “zombie apocalypses” — in hopes of sinking his nomination.

“Many see that putting a committed gun control proponent, like David Chipman, in charge of A.T.F. is like putting a tobacco executive in charge of the Department of Health and Human Services, or antifa in charge of the Portland police department,” Senator Charles E. Grassley of Iowa, the top Republican on the panel, said during Mr. Chipman’s confirmation hearing.

The selection of Mr. Chipman to lead the federal agency tasked with enforcing the nation’s gun laws and regulations is no run-of-the-mill personnel move, as the amped-up rhetoric of Mr. Grassley and other conservatives vividly illustrated.

The bureau has emerged as a cornerstone of the Biden administration’s response to gun violence sweeping the country, an improvised policy increasingly reliant on executive action as Congress debates bills to expand background checks and impose new restrictions on assault rifles.

If confirmed, Mr. Chipman would become only the second permanent director of the A.T.F. since the position became subject to Senate confirmation 15 years ago. He would inherit an agency seriously depleted by the National Rifle Association’s campaign to undermine the bureau and hobble its core law enforcement and regulatory functions.

News alerts of a shooting in San Jose, Calif., that killed at least eight people began pinging on senators’ phones moments into the hearing, if lawmakers needed any reminder of how high the stakes were.