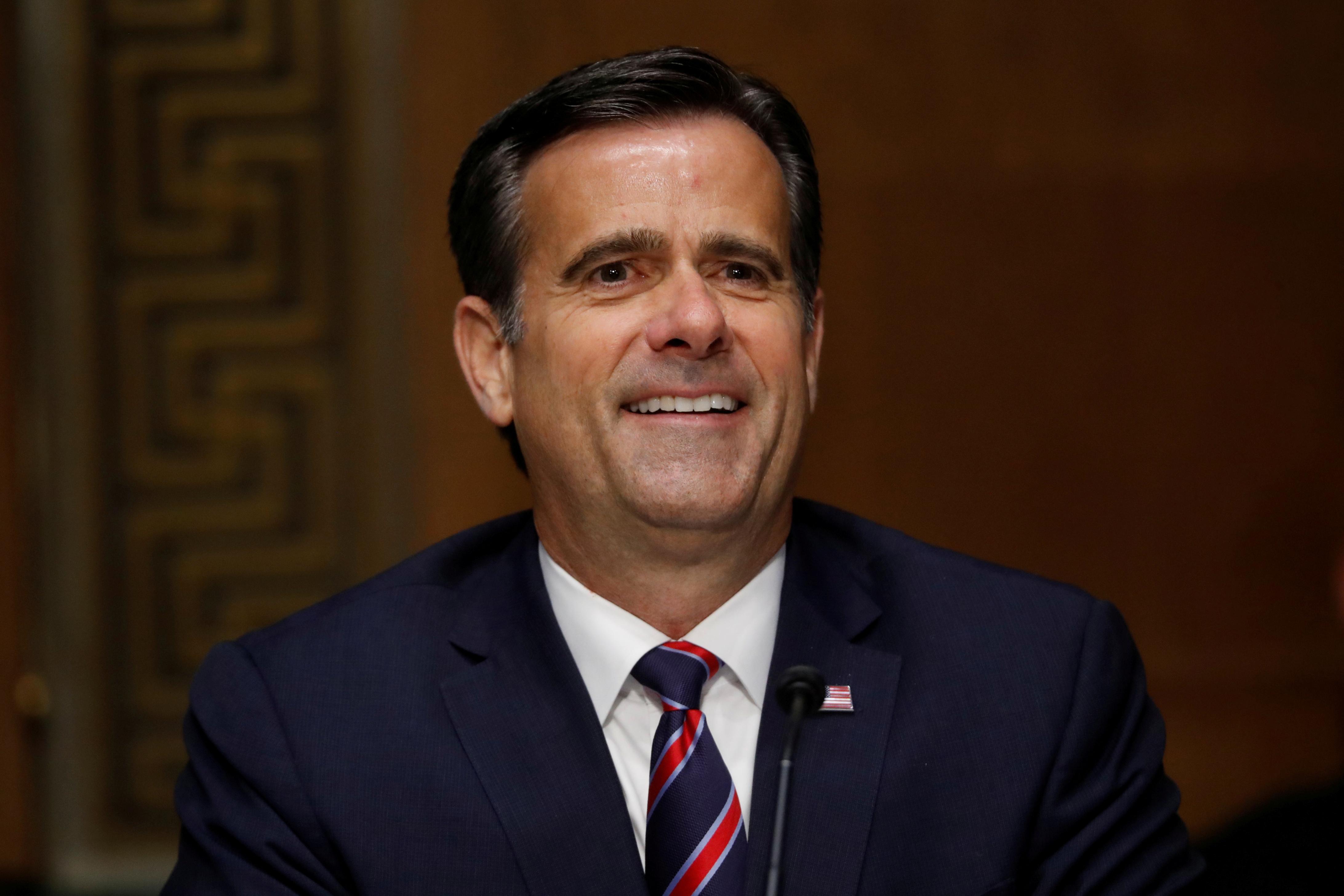 The sources said that committee members are expected to move forward with a “party line” vote in which the committee’s majority Republicans all vote to confirm Ratcliffe, a Republican Representative from Texas, while minority Democrats all vote to reject the nomination.

Among the Republicans expected to vote to confirm Ratcliffe to the top spy job is the intelligence committee’s temporarily sidelined chairman, Senator Richard Burr, who sources said had expressed reservations about Ratcliffe when Trump first floated the Congressman’s name as a possible Intelligence chief a year ago.

Trump ultimately did not move forward with Ratcliffe’s nomination for the post until March of this year.

Ratcliffe, who has been in Congress since 2015 and is a member of the House intelligence and judiciary committees, was an outspoken defender of Trump during Democratic-led proceedings that resulted in Trump’s impeachment last year on charges of abuse of power and obstruction of Congress.

Burr, who temporarily stepped aside as intelligence committee chairman in the wake of news reports that an FBI investigation was looking into stock sales he made earlier this year, is expected to vote to confirm Ratcliffe on Tuesday, the sources said.

Earlier this week, two intelligence committee members wrote to Ratcliffe seeking clarification of his views on the use of torture by U.S. spy agencies.

In a letter to Ratcliffe, Democrat Dianne Feinstein, and Senator Angus King, an independent who caucuses with Democrats, said they were not satisfied with his answers to questions about torture at a intelligence committee nomination hearing earlier this month.

“In both your written and your oral responses to Committee questions about torture, you have been evasive and non-committal,” the letter said.

Ratcliffe’s Congressional office and spokespeople for the Office of Director of National Intelligence had no immediate comment.