WASHINGTON — Facing mounting expenses and with Congress yet to provide more money, election administrators across the country are struggling to meet the extraordinary costs of holding an election amid a pandemic.

With Election Day a little more than five weeks away and early voting underway in some states, many municipalities and states are turning to alternative sources of funding, most notably $300 million in grants from the Facebook chief executive Mark Zuckerberg.

But now even that money is becoming enmeshed in partisan disputes, with conservative groups opening a legal assault on Thursday to block private grants from going to election administrators in Democratic strongholds in four swing states, arguing they will disproportionately help Democrats like the party’s presidential nominee, Joseph R. Biden Jr.

The skirmishes underscore the degree to which almost every element of the election has become part of the political battlefield, and fodder for pre-emptive challenges over the legitimacy of the vote, which have been fueled by President Trump, who refused this week to commit to a peaceful transfer of power.

The consequences of the funding shortfall could be especially pronounced, affecting not only the ability of state and local authorities to handle a surge in mail ballots and to conduct in-person voting, but also the health and safety of voters and poll workers.

“Election officials have expenses they could never have planned for,” said David Becker, the executive director of the Center for Election Innovation and Research, a Washington-based nonprofit group that works with election administrators.

He cited one state that was seeking $1.5 million to install plexiglass shields in its polling places to protect against the coronavirus. “Who would have thought eight months ago that that was going to be an expense that you would need to budget for?”

Weber County, Utah, is expecting to spend an additional $69,000 — or 60 cents for each active registered voter — on costs related to the pandemic, ranging from ballot-folding machines and label printers to personal protective equipment and sanitizer for the county’s sole polling place.

The 2020 election season, said Ricky Hatch, Weber County’s clerk and auditor, “blows every previous election out of the water. It got busy sooner, it’s more contentious, we have more costs, challenges and questions, there is less voter confidence, and we’re already seeing some of the emergency scenarios that you would almost never consider play out.”

The prospect of election administrators tapping large pools of private money has raised new legal and political questions. That is partly because it is unusual for elections to be subsidized by nongovernment funding at this level, but also because most of the cash is coming from nonprofit groups that have liberal ties, and the biggest source of the cash, Mr. Zuckerberg, has drawn fire from across the political spectrum.

Democrats have criticized Facebook for insufficient efforts to fight disinformation and for not doing more to flag inaccurate or inflammatory posts from Mr. Trump. Some Republicans have argued for years that Facebook suppresses their opinions and have bristled at Mr. Zuckerberg’s support for immigration reform.

In announcing their $300 million commitment this month, Mr. Zuckerberg and his wife, Priscilla Chan, said that “many counties and states are strapped financially and working to determine how to staff and fund operation that will allow for ballots to be cast and counted in a timely way.”

Congress allocated $400 million for election administration in the $2 trillion coronavirus stimulus relief package signed into law by Mr. Trump in March, but that was a fraction of the $4 billion in additional costs experts estimate will be associated with staging the 2020 elections.

An additional House-passed stimulus bill that would have allocated another $3.6 billion to election administrators was not taken up in the Senate. And while Speaker Nancy Pelosi and Treasury Secretary Steven Mnuchin restarted negotiations this week over a new stimulus package that reportedly would include election funding, experts and local election administrators say that cash, even if agreed to by both parties in a deeply divided Congress, may come too late to be much help.

That has made the Zuckerberg grants and other private funding an attractive proposition for election administrators.

Most of the Zuckerberg money — $250 million — went to the Center for Tech and Civic Life, a Chicago-based nonprofit group, to pass out to local election administration agencies. The remaining $50 million went to Mr. Becker’s group, the Center for Election Innovation and Research, to give to state agencies that oversee elections to educate their residents on how to vote during the pandemic.

About half of the states have applied for funds from the Center for Election Innovation and Research, Mr. Becker said.

And the Center for Tech and Civic Life said the group had received applications from more than 1,100 county and municipal elections officials this year. That represents more than 10 percent of the more than 10,000 local agencies that handle elections nationwide. 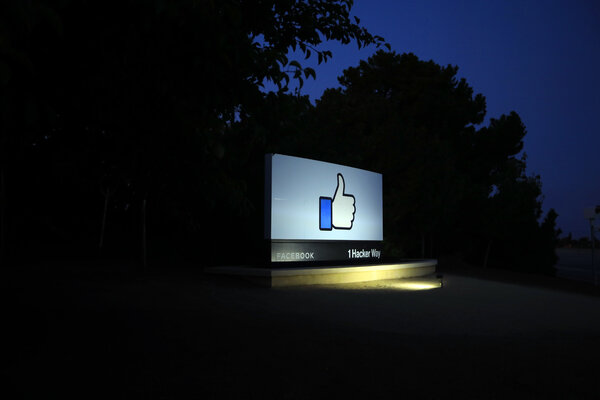 In a proposal submitted to the Center for Tech and Civic Life in June, the five biggest cities in Wisconsin indicated that they had “spent all or most of the budgeted resources for all of 2020” administering their primary elections in April, under what the cities called the “extraordinary circumstances” of the early days of the pandemic.

The cities — Milwaukee, Madison, Green Bay, Racine and Kenosha — asked for $6.3 million from the center to pay for ballot drop boxes with security cameras, high-speed tabulators, and hiring more workers to count mail ballots, as well as masks, gloves, face shields, disinfectant and other supplies.