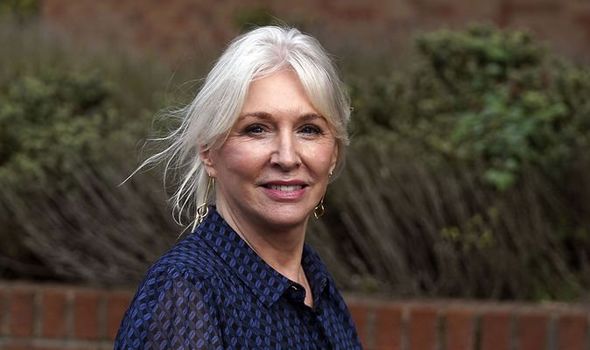 She claimed platforms like Facebook and Twitter have created an echo chamber where fierce “judgments and criticism” are making people “afraid”. The Tory politician, who went from a working-class background in Liverpool to become a bestselling author and Cabinet minister, described negative reaction to her new role as “quite misogynistic”.

In her first TV interview since taking the job, she told the BBC: “Sometimes I think we just need to tone down the condemnation and the judgment, and evaluate and engage a little bit more than we do. I think social media probably contributes a lot to this.

“People are afraid because of the amplification in the echo chambers of social media.”

Ms Dorries’ previous comments on the arts were revisited when she was given the culture brief, particularly her 2017 lament at what she perceived as the impact of “left-wing snowflakes”.

She tweeted: “Left-wing snowflakes are killing comedy, tearing down historic statues, removing books from universities, dumbing down panto, removing Christ from Christmas and suppressing free speech. Sadly, it must be true, history does repeat itself. It will be music next.”

She told BBC News that any such strident posts are aimed at campaigners “on the left who have hijacked that space” rather than people who “want to talk about these issues seriously”.

Downing Street said the Prime Minister believes that freedom of speech is a “non-negotiable” part of the UK’s democracy.

Ms Dorries, who appeared on I’m A Celebrity in 2012, also said the new round of funding from the Culture Recovery Fund, which sees almost 1,000 organisations receive a share of £100million, will help institutions “through the recovery period”.

Leeds Grand Theatre and Opera House receives the largest sum, with a grant of £1,288,643.

Others to benefit include the Bristol Old Vic, the English National Ballet in London and the Marlowe Theatre in Canterbury, which is getting £1million.