Speaking to Sky News, Chancellor of the Duchy of Lancaster Michael Gove stressed the importance of the government’s “protection and support for farmers” as Britain explores new trade opportunities abroad but said “opening up” trade barriers will give UK farmers a “chance” to sell their products on the “world stage”. His comments come as concerns soar amongst farmers that a new, free-trade deal signed with Australia will see the UK market flooded with cheaper Australian meat pricing UK farmers out of business. But Mr Gove highlighted how Aussie meat production is primarilly exported to the Asian market in a desperate attempt to reassure producers in the UK that trade deal is a good idea. 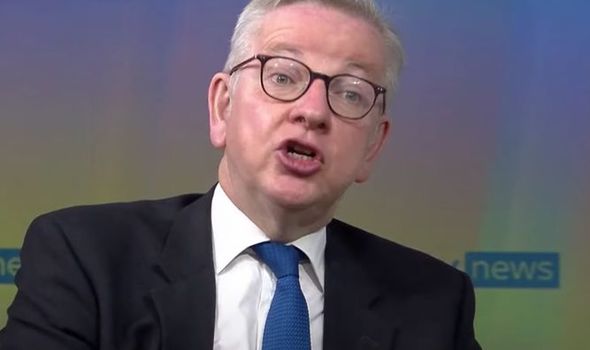 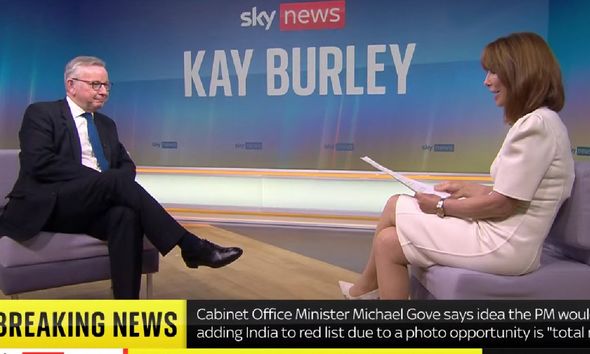 Mr Gove said: “We support farmers and we do so not just by providing them with direct financial support.

“But also we give them an opportunity to export their fantastic produce on the world stage.

“And I actually think that we should be confident about the quality of the produce that our farmers are responsible for.

“I think that opening up new markets for them worldwide which is what the brilliant Trade Secretary Liz Truss is doing is the way to make sure to not only keep our farmers successful but also ensure we have investment in the countryside.”

Mr Gove was then asked if he has any concerns about Australia lamb flooding the UK market following the trade deal with Australia.

He replied: “I personally am a great fan of Welsh lamb and I think consumers will be free to make that choice.

“Overall Australia is a friend and ally and I think there have been one or two points that have been made during the course of this debate that mischaracterise how Australian farmers operate and the opportunities also for UK farmers.

“And it is important that we maintain protection and support for farmers but is also the case that opening up trade barriers provides our farmers the chance to show on the world stage the amazing quality of UK produce.”