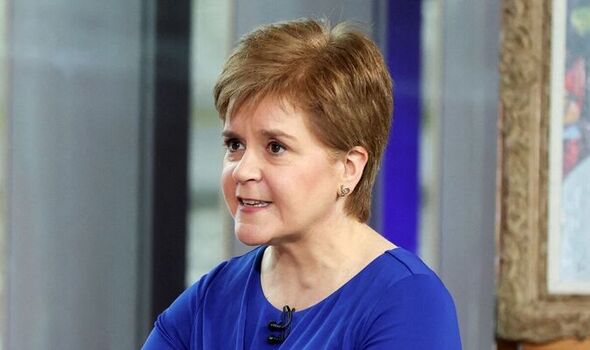 Nicola Sturgeon has been told it will be a “clear breach” of the Ministerial Code by an MSP if no notes were taken at a meeting which took place in 2017. The meeting took place between Ms Sturgeon and Jim McColl, the owner of ferry company Ferguson Marine on May 31, 2017. During the SNP leader’s appearance at the public audit committee last week, Ms Sturgeon was unable to confirm if minutes were taken at the meeting.

The meeting was held in relation to the construction of two new ferries for the Clyde and Hebrides network in Scotland, which are now six years late and will cost the taxpayer at least £300 million, more than three times their original budget.

Craig Hoy, a Scottish Conservative MSP on the public audit committee, said it would be a “clear breach” of the Ministerial Code if no minutes of the meeting were taken.

He challenged the First Minister to produce them in order to help the committee “get to the bottom of the ferries fiasco”.

In a letter, Mr Hoy asked Ms Sturgeon to clarify whether minutes exist and who was in attendance at the meeting.

The Ministerial Code says that “a private secretary or official should be present for all discussions relating to Government business”.

While Ms Sturgeon, at the public audit committee, confirmed that the meeting was attended by herself, Mr McColl and a special adviser, Mr Hoy questioned whether the attendance of a special adviser fit the criteria specified by the code.

It also specifies the “basic facts of formal meetings” between ministers and outside groups should be recorded.