DETROIT (Reuters) – President Donald Trump and Democratic Governor Gretchen Whitmer of Michigan took fresh swipes at each other over the spread of the coronavirus, escalating a war of words as the state braces to become one of the hardest hit by the pandemic. 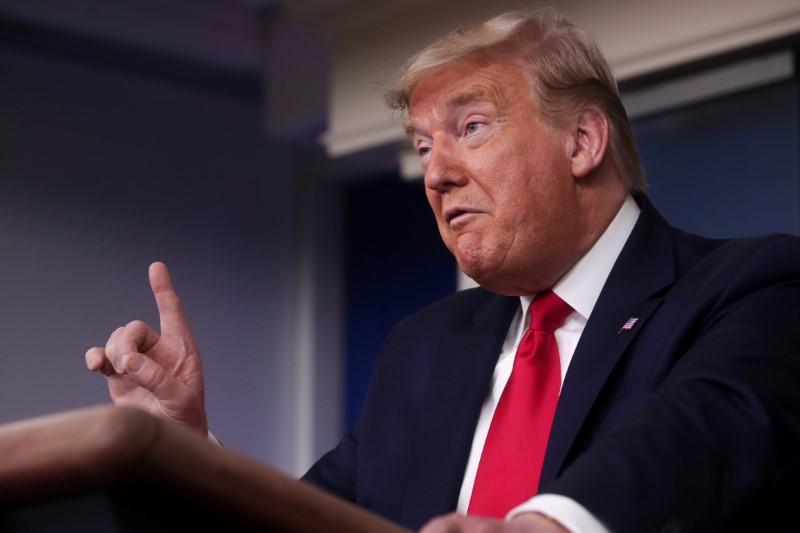 Whitmer sent a letter to Trump on Thursday seeking a major disaster declaration for Michigan, which along with other hotspots for the coronavirus has been struggling to cope with a surge in hospitalizations and a shortage of supplies and tests for the illness.

She challenged Trump to stand with the people of Michigan in a tweet on Thursday night, after he criticized her handling of the coronavirus spread and said she relied too much on the federal government.

Trump said on a Fox News interview earlier that he has had a “big problem with the young, a woman governor” from Michigan.

“I mean, she’s not stepping up. I don’t know if she knows what’s going on, but all she does is sit there and blame the federal government. She doesn’t get it done, and we send her a lot,” Trump said.

He demurred on whether he would approve the disaster declaration, saying “we’ll have to make a decision on that”.

The number of U.S. coronavirus infections climbed above 82,000 on Thursday, surpassing the national tallies of China and Italy.

Michigan has reported 2,856 confirmed cases of the coronavirus and 60 deaths, although Detroit’s mayor said “thousands and thousands” in the state had the disease but were not getting tested.

There has been speculation Whitmer, 48, a rising Democratic Party star, could be picked as a vice presidential running mate by the eventual Democratic nominee to take on Trump for the White House in November’s election.

She has deflected any discussion of a possible vice presidential selection. But the spat with Trump, along with her delivery of the Democratic response to his State of the Union address in February, has elevated her national profile.

Adding Whitmer to the Democratic ticket could help the party recapture Michigan in November. Trump’s upset victory over Democrat Hillary Clinton in 2016 was aided by his surprise victory in the state.