WASHINGTON (Reuters) – A partisan skirmish in the U.S. Senate cut short a Republican effort to speed $250 billion in new assistance to small businesses on Friday, forcing Republicans and Democrats to negotiate over how best to help independent firms reeling from the coronavirus outbreak. 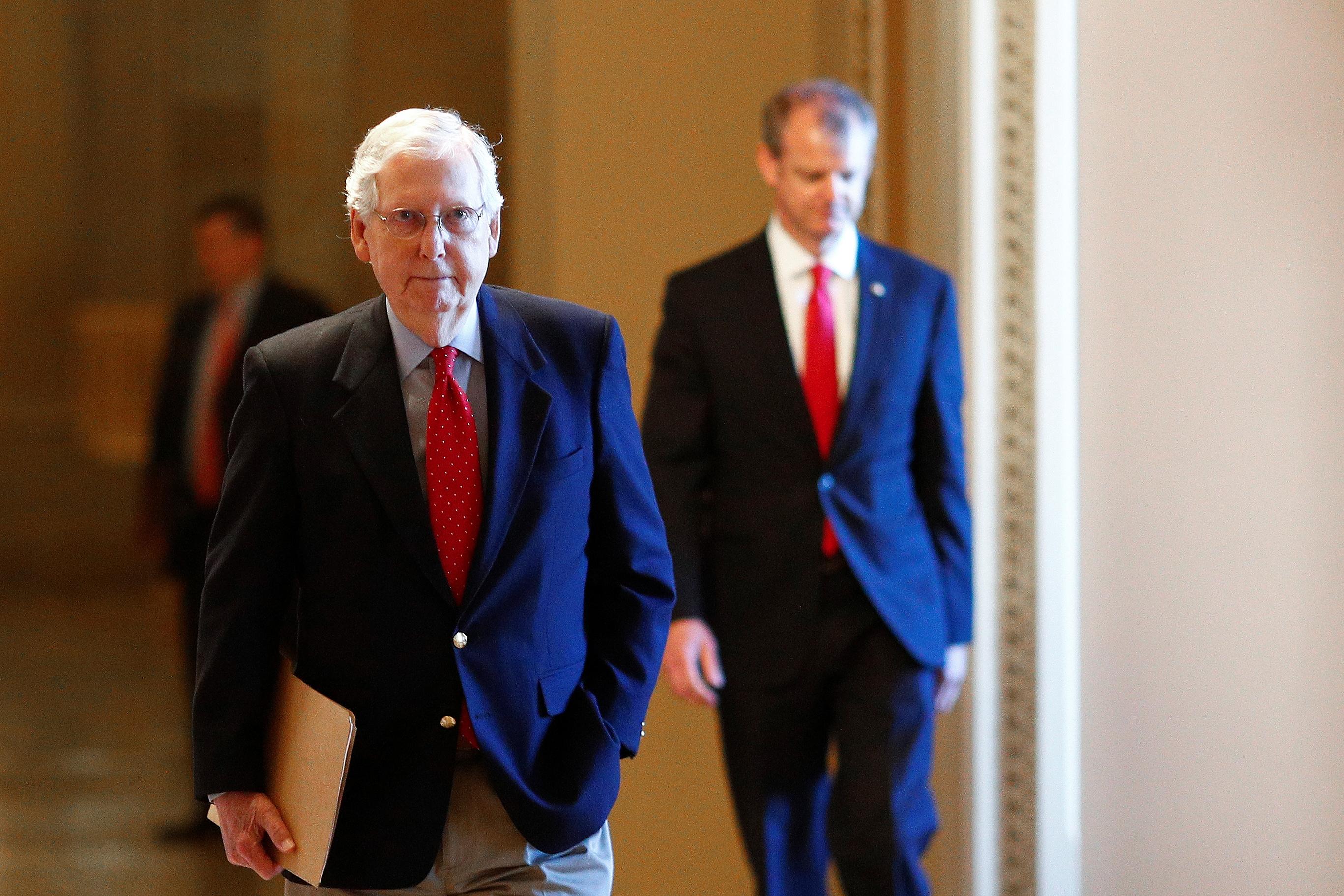 Republicans sought quick Senate passage of a small-business measure sought by President Donald Trump’s administration, but ran into opposition from Democrats who wanted to add provisions such as funds for hospitals, local governments and food assistance.

Democrats then tried to move their own measure, only to see it rejected by Republicans.

Trump later said his administration was working with Congress to replenish the program. “We need both Democrats and Republicans to come together to get this legislation completed and it looks like it’s on its way,” he said at his daily coronavirus briefing.

Democrats want to mandate that $60 billion of new small-business money would be set aside for community-based lenders, including minority-run institutions.

“There is a disparity in access to capital in our country. We do not want this tragedy of a coronavirus to exacerbate that disparity or to ossify it, to solidify it,” Pelosi said on a conference call with reporters.

“To my Democratic colleagues, please – please – do not block emergency aid you do not even oppose just because you want something more,” McConnell said.

The $250 billion in small business loans, which could turn into government-paid grants if lenders meet certain terms, would be in addition to $349 billion already allocated.

Pelosi pushed back on Republican claims of urgency, saying most program money has not yet been disbursed.

“We have time to negotiate to see how and where and when we should have more money there,” she said.

Lawmakers and administration officials have praised the program, which they say has already approved about $100 billion in loans. An industry group voiced concerns.

The National Restaurant Association, in a letter to congressional leaders, said a growing number of restaurant owners are concluding that the loan program “is not going to prevent them from permanently closing operations in local communities.”

The lobbying group called for changes including more flexibility in use of the loans and replenishment of a separate disaster aid arrangement.

During a brief debate, Democratic Senator Chris Van Hollen called McConnell’s move “a complete political stunt” that had no chance of becoming law.

Congress and the Trump administration hope the small-business loans, coupled with aid to larger corporations, direct payments to individuals and emergency funding for hospitals, will help the United States recover from the economic devastation of the coronavirus outbreak. The pandemic has shuttered schools and businesses and left most of the nation’s population sheltering at home. On Thursday, the Labor Department said a staggering 16.8 million Americans had filed for unemployment benefits in the last three weeks.

More than 15,700 people have died in the United States from COVID-19, the illness associated with the coronavirus, according to a Reuters tally.

Congress has already allocated more than $2.3 trillion in three waves of legislation aimed at easing the economic toll.