The plan, initiated during the Trump administration, had been delayed after a political and public outcry. 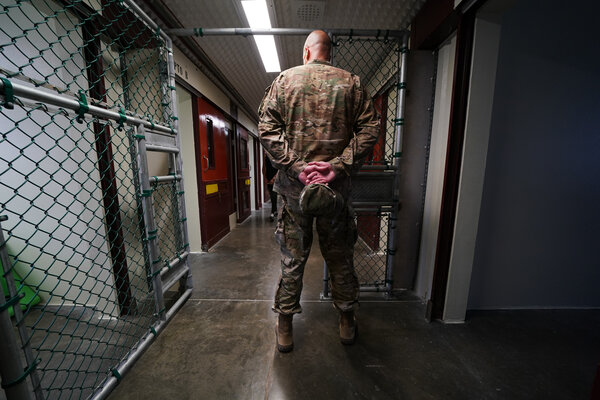 The United States military will begin offering to vaccinate the detainees at Guantánamo Bay on Monday in an effort to protect troops stationed there and help restart the stalled war crimes hearings, an administration official with knowledge of the Pentagon plan said.

The U.S. Southern Command, which has oversight of the prison, sought permission during the Trump administration to vaccinate the detainees, who include Khalid Shaikh Mohammed and four other men accused of conspiring to carry out the attacks of Sept. 11, 2001. A memo dated Dec. 23 described the detainees as “a high-risk community,” and invoked both “the Geneva Convention and Department of Defense guidance.”

But the Pentagon postponed plans to start the vaccinations on Feb. 1, after elected officials and victims of the attacks accused the Defense Department of putting terrorism suspects ahead of the American people, who were only just starting to get access to the vaccines in substantial numbers at that point.

By Monday, the official said, all of the adults at the remote base in Cuba had been offered a vaccine, including the troops and civilian Defense Department employees — 1,500 in all — who work at the detention operation. An undisclosed number of staff members at the prison had declined.

The Pentagon began notifying Congress on Monday of its intention to begin making the vaccine available to the detainees within hours.

The vaccines are not mandatory for the military or civilian Defense Department employees.

The administration official said the decision to vaccinate the detainees was intended in part to protect those service members who had declined to be vaccinated.