WILMINGTON, Del. (Reuters) – Joe Biden vowed to heal a country battered by a deadly pandemic and an economic catastrophe by uniting all Americans, while warning that President Donald Trump would go on stoking hatred and fear if elected to another four-year term.

“Here and now, I give you my word: if you entrust me with the presidency, I’ll draw on the best of us, not the worst,” Biden said as he accepted the Democratic presidential nomination for an election 75 days away.

“I’ll be an ally of the light, not the darkness.”

The speech – the capstone of a nearly five-decade political career – was delivered inside an empty arena in his hometown of Wilmington, Delaware, at the conclusion of the four-day Democratic National Convention, which was held virtually because of the coronavirus pandemic.

The former U.S. senator and vice president described the current moment as one of historical import, amid a health crisis over the coronavirus, a recession, a national reckoning on race and a battle over the environment.

He promised to represent all Americans and to work “just as hard” for those who do not support him, drawing an implicit contrast with the Republican Trump, who has shown little inclination to appeal beyond his base of voters.

Biden also offered a withering assessment of his opponent’s response to the pandemic.

“Our current president has failed in his most basic duty to the nation: he has failed to protect us,” Biden said.

Another former rival, billionaire and former Republican Michael Bloomberg, said Trump had failed both as a businessman and as a president.

“And let me tell you a little secret. Donald Trump’s economic plan was to give a huge tax cut to guys like me, who didn’t need it. And then lie about it to everyone else,” he said.

As they have throughout the week, Democrats emphasized the importance of voting amid the pandemic and warned against efforts to suppress the vote. Trump’s repeated, unsubstantiated claims that mail-in ballots are rife with fraud, coupled with cuts to the U.S. Postal Service, have fueled fears that some voters may be disenfranchised.

“Voting is the oxygen of our democracy,” California Secretary of State Alex Padilla said via video.

The program offered some light-hearted moments from its moderator, Julia Louis-Dreyfus, who portrayed a U.S. vice president in the comedy television show “Veep,” and took some digs at both Trump and Vice President Mike Pence.

“When Donald Trump spoke at his inauguration about ‘American carnage,’ I assumed that was something he was against, not a campaign promise,” she said.

The day offered new fodder for the Biden campaign to highlight what convention speaker after speaker has characterized as Trump’s chaotic four years in office. 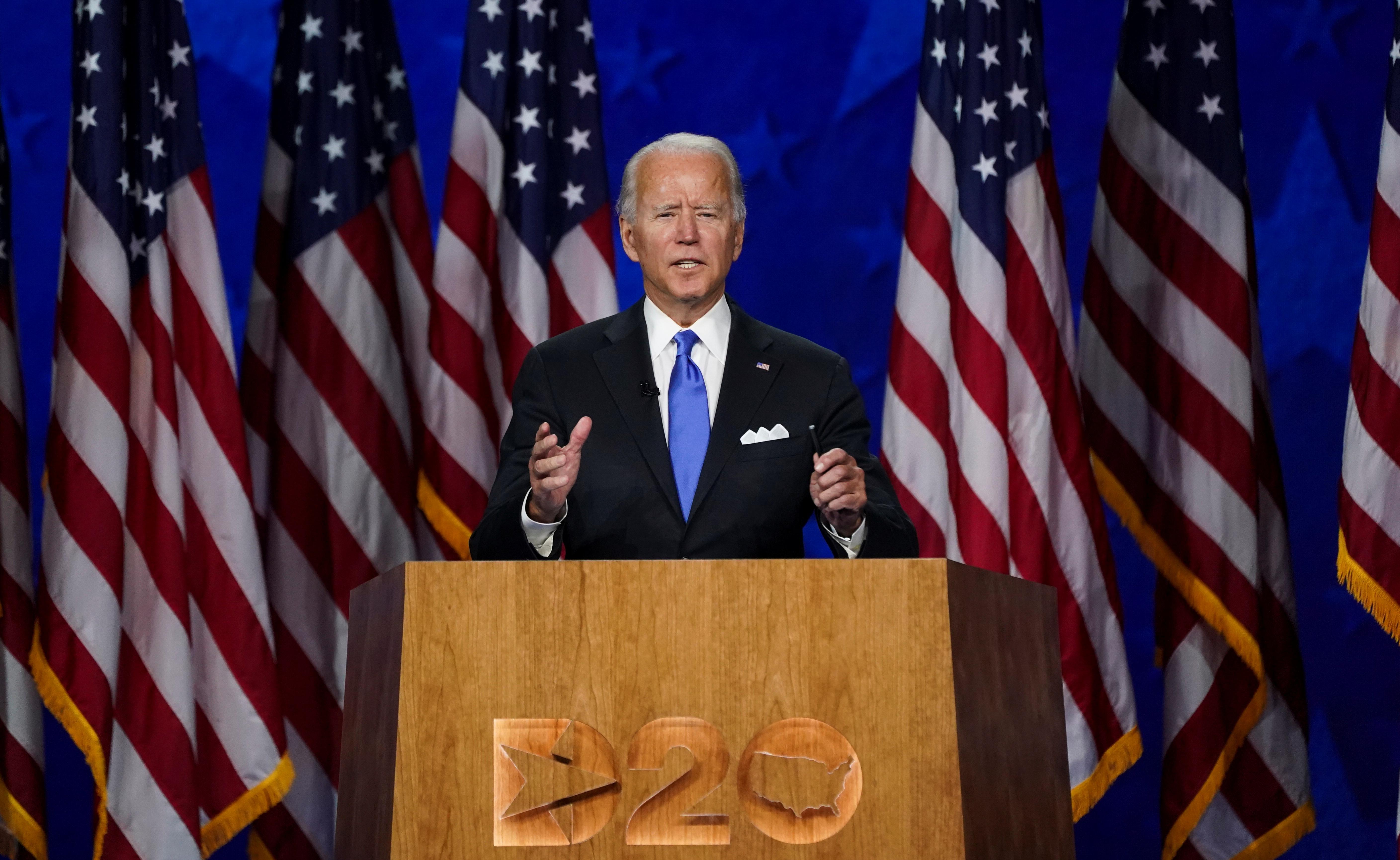 Steve Bannon, an architect of Trump’s 2016 election victory, was arrested on fraud charges, while in New York a judge ruled Trump cannot block a prosecutor’s subpoena for eight years of his tax returns.

Trump on Thursday denied knowing about the organization linked to Bannon’s arrest, which had sought donations to help build a wall on the U.S.-Mexico border that was Trump’s signature 2016 campaign promise.

“I feel very badly. I haven’t been dealing with him for a long period of time,” Trump said. He also appealed the decision on his tax returns.

On Wednesday, Kamala Harris accepted the nomination as the first Black woman and Asian American on a major-party presidential ticket. The evening drew an estimated 22.8 million television viewers, higher than the first two nights but still down from 2016.

That figure does not include viewing on digital platforms, which has jumped significantly since 2016.

Biden, 77, heads into the general election campaign leading in opinion polls over Trump, 74, who will accept the Republican nomination for a second White House term at his own convention next week.

Democrats have worked to expand Biden’s support during the convention, including showcasing prominent Republican supporters as well as Americans who voted for Trump in 2016 but now blame him for the economic and health toll of the pandemic.

More than 70 Republican former national security officials, including former heads of the FBI and CIA, plan to endorse Biden on Friday while calling Trump unfit to serve.

Trump has campaigned across the country to offer counter-programming to the Democrats, a break with tradition in which candidates limit their activities during their opponents’ conventions. 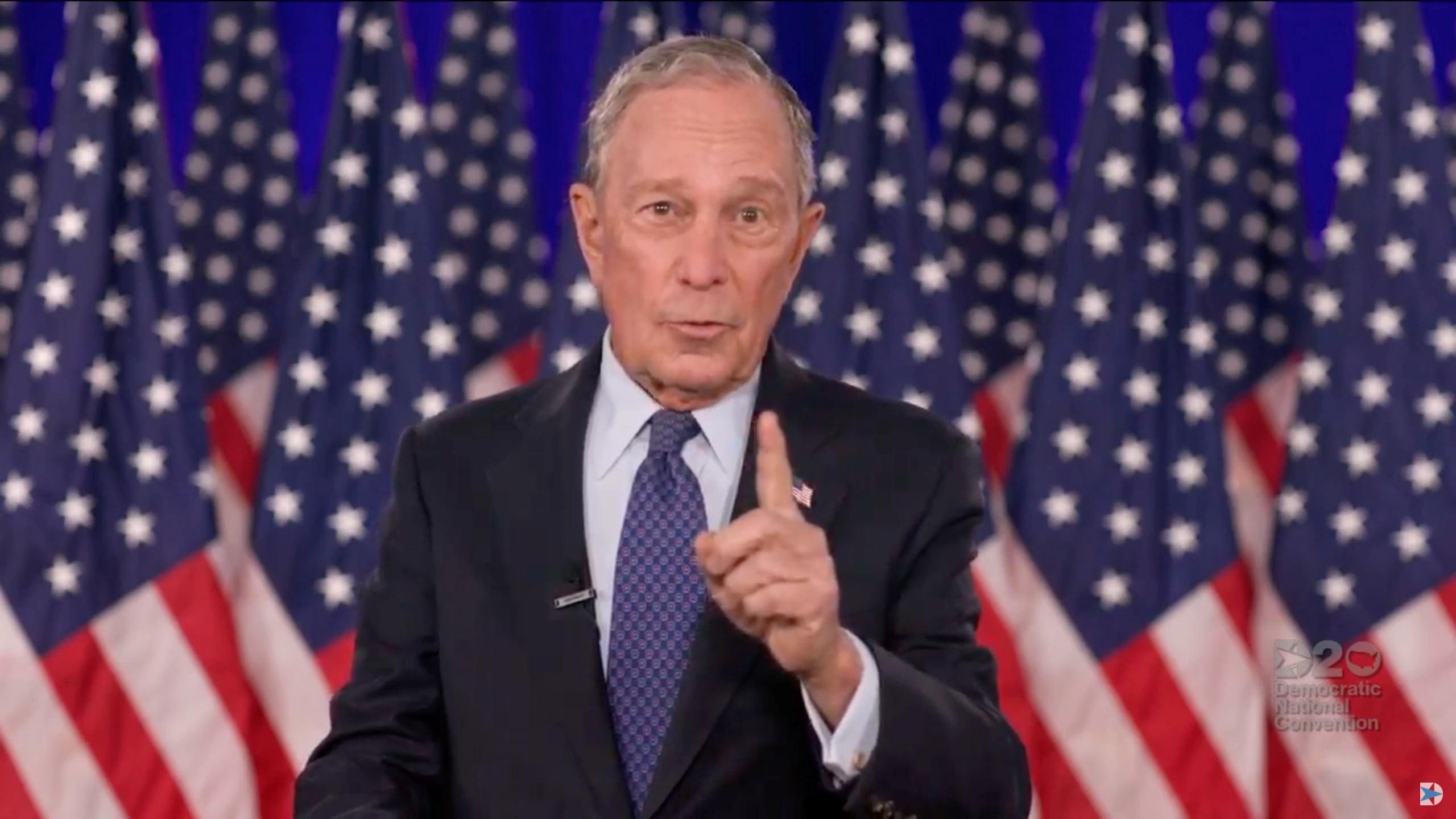 The president held a campaign event on Thursday near Biden’s birthplace of Scranton in the battleground state of Pennsylvania, where he slammed his Democratic challenger’s long record in government.

Biden, who became a U.S. senator from Delaware in 1973 before becoming Obama’s vice president, captured the nomination by convincing Democratic primary voters he was the best bet to beat Trump.

Despite questions about his age and criticism of his moderate stances in a party that has lurched leftward, he was able to quickly unite the Democrats’ sometimes fractious progressive and moderate wings with the goal of defeating Trump.

GRAPHIC – Where Biden and Trump stand on key issues, here