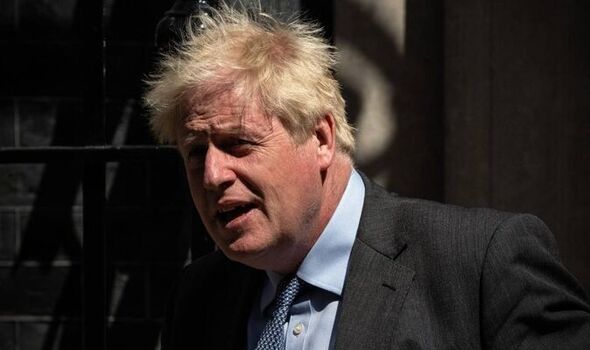 The Prime Minister will address the first dedicated conference of northern Tory MPs as they set out an alternative manifesto to hold on to Labour’s former heartlands.

Jake Berry, chairman of the Northern Research Group of backbenchers, will say: “It’s time to stop talking about being the party of low tax, it’s time to be the government of low tax.”

But the plea for tax cuts was dismissed last night by Cabinet minister Michael Gove, who said the government must hold off until inflation falls.

He added: “The Chancellor has the right policy.” Northern MPs met Chancellor Rishi Sunak last night at a dinner to express their concerns.

Mr Berry fears a Conservative wipeout if the north is taken for granted by the party in the way Labour did.

This is why we propose a levelling up formula, which will deliver what the Conservatives promised.”

The Rossendale and Darwen MP will call for local areas to have the power to lower taxes, dictate housing requirements and set stamp duty rates.

“Giving areas the right to vary tax rates down, will help deliver a more competitive economy.”

“Voxbridge” of the North where we will see two new vocational centres of excellence. We want to liberate local leaders to make decisions for themselves.

Further powers, including tax cutting powers, should be given. We can’t do everything without funding but we don’t want preferential treatment, just our fair share.

This is why we have proposed a Levelling Up Formula to ensure when money is spent on major infrastructure down south, the north gets its fair share.

We care, I care, and we must, and will, succeed.