Asked to reveal what is the full coronavirus testing capacity in Scotland, the Scottish First Minister attempted to dodge the question by giving a convoluted answer on the different types of tests available in the UK. But Sky News host Sophy Ridge urged her: “What’s the capacity though? Just give a straight answer. What is the weekday capacity?” Nicola Sturgeon replied: “So on a weekday taking all the different capacity it will be between 30,000 and 40,000 tests a day.”

The answer shocked the Sky News host who confronted the SNP leader on the evident huge failure of her Government.

“When we know the R rate is rising in Scotland and infections are rising, and the virus is spreading, why on earth aren’t you using the full testing capacity?

“You’re using less than half of the testing capacity.

“If you’re using less than half testing capacity when the R rate is going up, and infections are going up, it doesn’t sound like a world-beating system to me!” 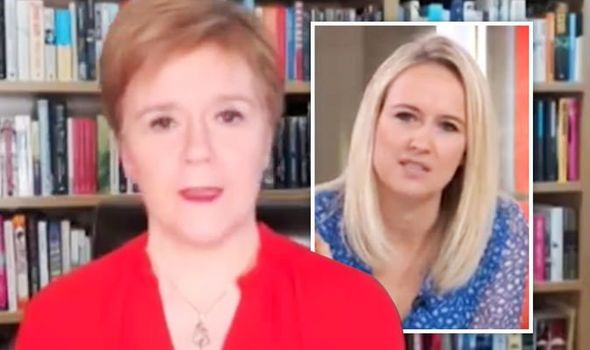 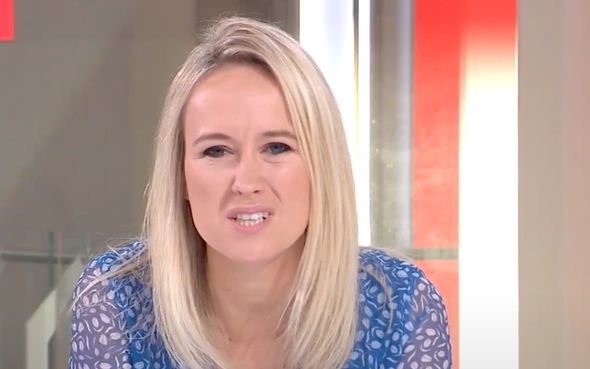 The First Minister explained Scotland was preparing the spare capacity for winter as they expect to see more people with symptoms.

When asked if she had lost control of the virus in Scotland, Ms Sturgeon told Sophy Ridge on Sky: “No, absolutely not, we’re working hard to make sure that doesn’t happen.”

The First Minister said that while the virus was “spreading a little bit faster”, the number of cases per 100,000 are the lowest in the four nations.

“That is because over the summer we suppressed the virus… That doesn’t mean we can be complacent about it, or not take it very seriously.

“It shows we were right to do that over the summer and I think we’re right now to act quickly and decisively to try and stop that increase in cases.”

Asked why the virus was spreading in Scotland Ms Sturgeon said: “We suppressed the virus to very low levels because of lockdown and lifted lockdown a little bit more slowly than other parts of the UK but as lockdown measures are lifted and people start to interact with each other more then the virus just gets more opportunities to spread.

“We’re also going into winter, we’re not into the depths of winter yet but temperatures are falling a little bit so the conditions for the virus start to come more favourable for it.”

She also added that Scottish schools and universities return after the summer earlier than in other parts of the UK.

She continued: “There’s a multitude of factors there but what is important is that we try and strike a balance between living as best we can with this virus, retaining some of the freedoms that we didn’t have during very strict lockdown, but still making sure we’re keeping it under control.”

Asked about the restrictions in place in Scotland, which include closures of pubs and restaurants, and any confusion about the rules, Ms Sturgeon said: “I think most people know if they’re a restaurant or a cafe.

“What we’ve tried to do here is put in place restrictions that can have the effect you want them to have which is reducing the spread of the virus.

“Now that means we have to reduce quite dramatically the volume of the things that people can come together and interact. We’ve tried to do that but also build in a bit of flexibility.”

The First Minister explained cafes, which sell light meals and typically do not serve alcohol, were kept open for social isolation reasons.

She added: “We can be a lot more simple but that usually means a lot harder, we’re trying to strike the right balance here between controlling the spread of the virus but allowing as much normality as possible.

“Leaders like me everywhere right now, it feels like we’re holding lives in one hand and jobs in the other and we’re trying to strike a very, very difficult balance and do that as best we possibly can.”