A New Source for Seafood

E-Fish matches consumers with fisherman, who catch the order and ship it within a day. 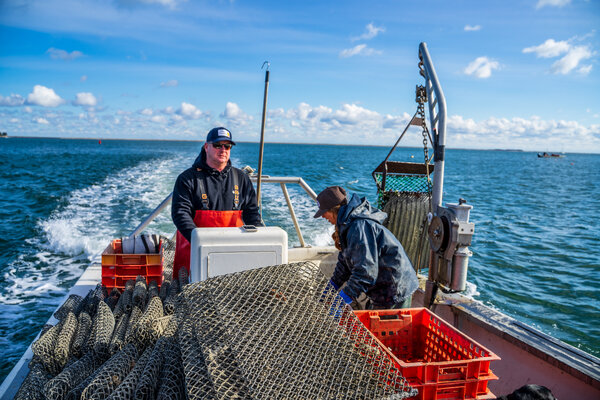 Buying seafood online has never been easier, thanks to the demands of all the stay-at-home cooks during the pandemic. There is a proliferation of new sources, and one of them, E-Fish, is the outgrowth of a wholesale company that started selling fresh fish from various sources to restaurants last year. “Chefs had to deal with individual fishermen and it was complicated for them, but by aggregating we made it easier,” said Jeff Tedmori, the chief executive and a graduate of MIT’s Sloan. He came up with the idea with his business partner and the chief operating officer Matthew Henderson, whose family has been in the fish business for generations. Soon after they saw that the fishermen on their roster could not do enough business with so many restaurants closed, they opened for consumer sales. They say most of their products are harvested to order and shipped within a day. What is especially appealing for those of us in the East is that they carry some West Coast varieties that we rarely see, like succulent petrale sole, California king salmon and live spot prawns. Jean-Georges Vongerichten is on the company’s chef advisory board.