Sudbury, Ont. is paying tribute to one of its own.

The city has lowered the flags at Tom Davies Square outside of its city hall following the death of Alex Trebek. Trebek was born in Sudbury and spent his early years in the city. 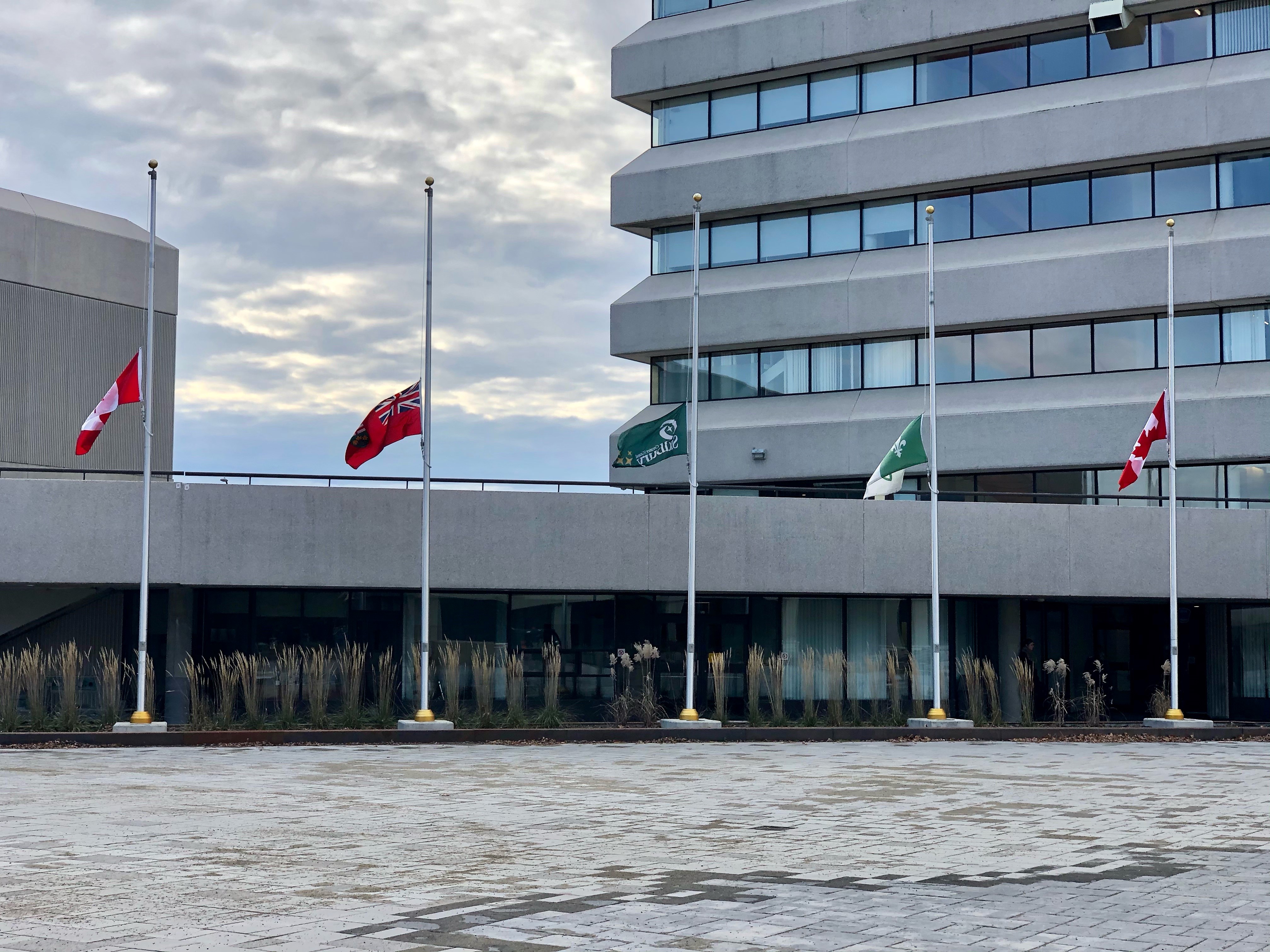 The city has also started a virtual book of condolences for fans who wish to pay their respects to the longtime Jeopardy! host and former CBC broadcaster. Proposals have also been pouring in from locals with suggestions on how to memorialize Trebek, who died from pancreatic cancer on Nov. 8.

“Alex Trebek enjoyed international stardom while still maintaining that northern charm and spirit that followed him wherever he went. Millions of people welcomed him into their homes every night for decades, yet when meeting him, you truly felt like he was an old family friend.

“Alex was an amazing ambassador for Greater Sudbury and was truly responsible for putting our city on the map for the world to know. He was loved, respected and he will be missed. However, his legacy and memory will long be part of Greater Sudbury’s proud history. The city of Greater Sudbury has created a virtual book of condolences for citizens to leave their messages for the Trebek family and our flags have been lowered in Mr. Trebek’s memory. We are hoping all of Alex’s fans from Greater Sudbury and beyond will share their memories with us.”

“Greater Sudbury is mourning his loss. As a council and as a community, we’re looking at something that will really preserve his legacy and promote all of the great things we are remembering Alex for. First, we would like to respect the family’s time to grieve and then we would like to consult with them, too. I’ve seen so many great ideas on how to preserve his legacy. I look forward to discussing this with the community and with Council.”

Leaving Sudbury to attend the University of Ottawa, Trebek spent his formative years in the nation’s capital and was given the key to the city of Ottawa in 2016. He also received the country’s highest honour, the Order of Canada, in 2017.

Trebek last visited his hometown in 2015.