Beirut officials have identified ammonium nitrate as the base component of Tuesday’s explosion. Nearly 6,000 tonnes of the chemical ignited and burst through a port in the Lebanese capital, levelling part of the city. Ammonium nitrate is no stranger to disasters, having caused more than one of them in the past.

What is ammonium nitrate?

Speculations around the cause of yesterday’s violent explosion quickly rattled around the internet, amongst them attacks from a foreign entity and an ignited Hezbollah weapons storage depot.

But the reason it took some time for authorities to settle on ammonium nitrate is because it is not a naturally occurring chemical.

Traditionally, the white crystalline substance finds a use in agriculture as a high-nitrogen fertiliser. 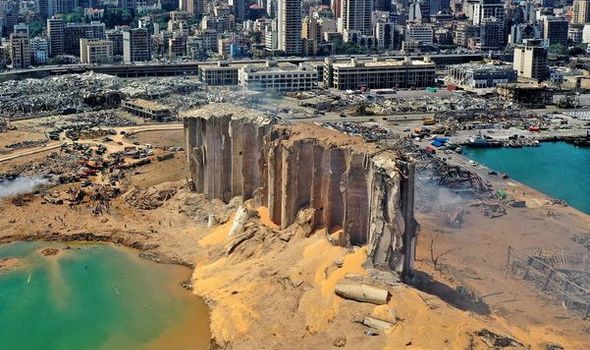 Ammonium nitrate is not a naturally-occurring substance, which experts synthesise by combining ammonium and nitrate.

On its own, it is cheap and safe to handle, meaning it is often stored in significant quantities ready for use.

Therein lies the problem for Beirut, which allegedly had ammonium nitrate in storage for six years when it ignited yesterday.

At this point, the substance decays, forcing the grains to gather together into one mass.

How explosive is ammonium nitrate?

Ammonium nitrate is an oxidiser on its own and is therefore not explosive.

In fact, in its base state, ammonium nitrate can put out a fire.

But when it deviates from this state and becomes contaminated or decays, the chemical will take on new properties which make it highly explosive.

Even then, it requires “extreme circumstances” for ammonium nitrate to explode, according to Gabriel da Silva, a senior lecturer in chemical engineering at the University of Melbourne.

Professor Da Silva theorised this is what happened in Beirut when something ignited the altered mixture and caused the intense reaction.

The explosion was “scaled down from a nuclear bomb” according to Roland Alford, managing director of explosive ordnance disposal company Alford Technologies.

He added: “This is probably up there among the biggest non-nuclear explosions of all time.”

Professor Da Silva said the risks don’t end with the explosion, as some secondary problems may remain.

He said: “If you look at the smoke that came from the blast it’s this kind of blood-red colour.

“That’s because of the nitrogen oxide air pollutants in it.”

While it is possible the explosion forced much of the chemical out of harm’s way, they could cause acid rain if any remain.