Germany’s Chancellor visited the Hit Ullrich shop yesterday for an afternoon shopping trip. She was said to head straight to the vegetable aisle, and then on to the delicatessen. Ms Merkel was pictured filling her shopping cart with a variety of goods.

These included toilet paper and some shower gel.

The Chancellor then loaded her items onto the conveyor belt and paid with a credit card.

The pictures spread rapidly on social media, with many praising the Chancellor for avoiding panic buying, which has been rife across many countries. 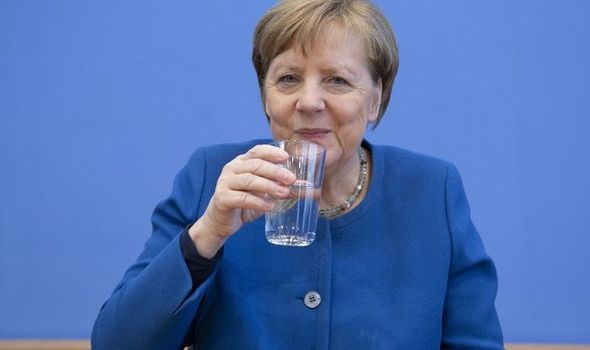 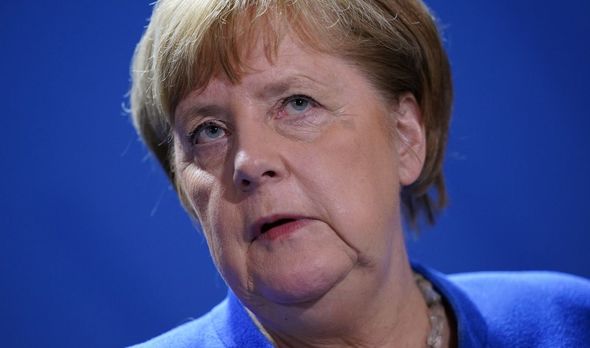 “Dizzying contrast of political cultures at this juncture.”

Another said: “What a great role model.

“It would be great if more leaders of countries did their own shopping.” 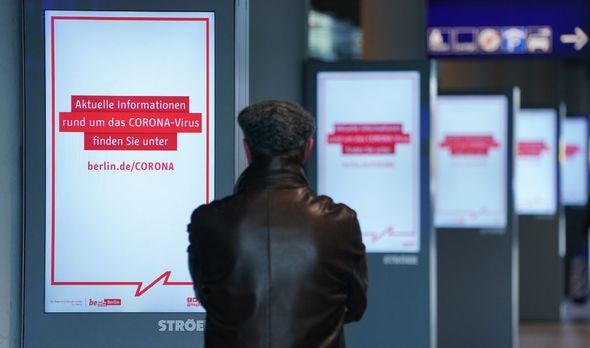 A third tweeted: “A true woman of the People.”

And a fourth said: “After her speech to the nation, Angela Merkel, wearing the same suit does her shopping and carries reusable shopping bags.

“Be like the Chancellor – get one roll of toilet paper, some shower gel, and four bottles of Italian wine.” 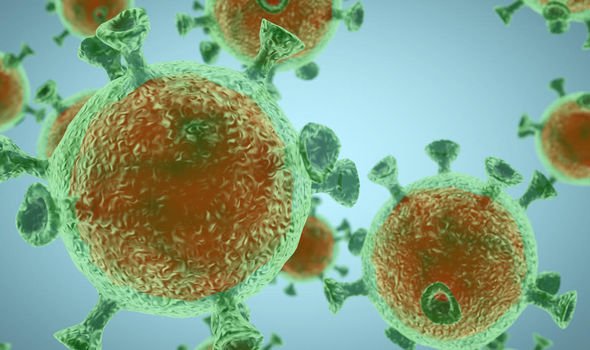 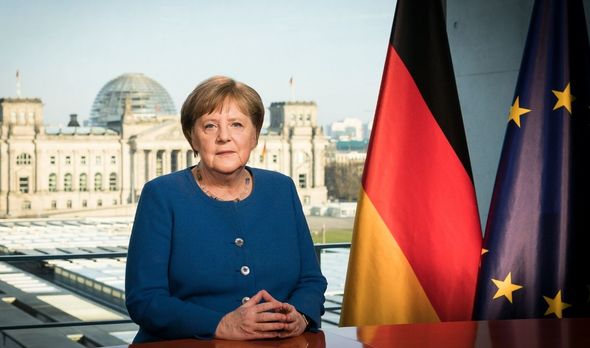 The German Government has planned to roll out an economic rescue package of 822 billion euros to assist in the fight against coronavirus.

This would be the biggest economic assistance in Europe’s post-war history.

Ms Merkel has said: “This is serious. Take it seriously.

“Not since German reunification, not since World War Two, has any challenge to our nation ever demanded such a degree of common and united action.

“These are not a mere abstract number in a statistic.

“It is people, and we are a community in which every life and every human counts.”

Last week, the Chancellor said the Government will “do what we can” to get through the virus outbreak, and that tackling the pandemic was at the top of her agenda.

Ms Merkel was widely praised for her recent address to the nation, said to be decisive and reassuring.

Only last week, the Chancellor issued a stark warning that up to 70 percent of Germany could become infected by the novel coronavirus.

Alongside her health minister, Jens Spahn, Ms Merkel said the focus was about slowing the spread of the virus and “winning time” to develop a cure. 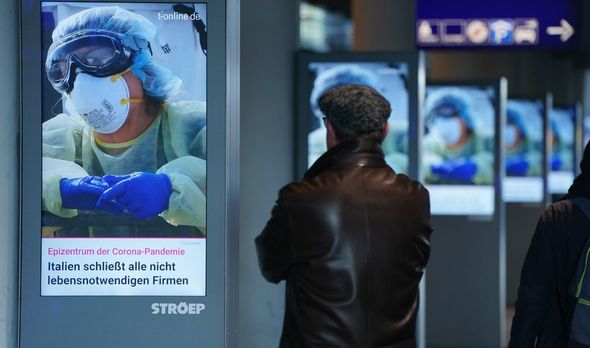 In Germany, 22,364 infections were confirmed by Johns Hopkins University on Sunday morning.

However, only 84 people are reported to have died in the country.

Germany currently has the lowest mortality rate of the top 10 countries most affected by the coronavirus pandemic.

0.3 percent of people have succumbed to the illness, compared to nine percent in Italy and 4.6 percent in the UK.