A TV crew in Russia accidentally stumbled across a huge 50-metre-deep crater in the Siberian Arctic. The crater is the 17th mysterious sinkhole to be discovered in the region over the last six years. Scientists claim the crater is the result of a major underground explosion caused by melting permafrost combined with a build-up of methane gas thanks to high summer temperatures.

A local news crew spotted the huge sinkhole by chance as they flew over the site in the Yamal Peninsula in northwest Siberia in a helicopter in July.

The crater is the largest discovered in the region so far.

However, unlike the other sinkholes in the Siberian region, the latest crater exploded outwards rather than collapsing inwards, sparking confusion among the scientists.

Huge blocks of soil and ice were thrown hundreds of metres from the epicentre of the crater, according to the researchers. 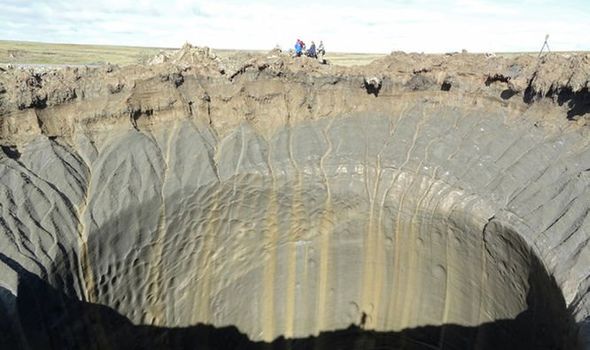 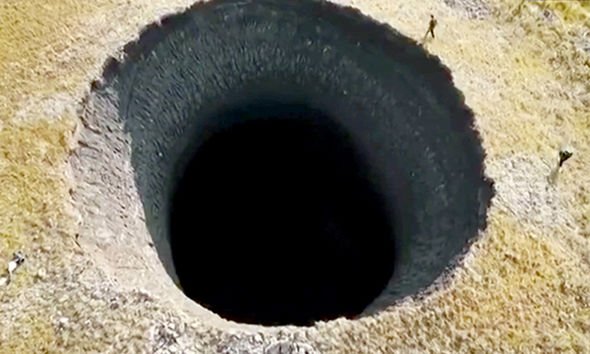 Professor Vasily Bogoyavlensky, of the Russian Oil and Gas Research Institute in Moscow, told Vesti Yamal: “This object is unique.

“It carries a lot of additional scientific information, which I am not yet ready to disclose.

“This is a subject for scientific publications.

“We have to analyze all this, and build three-dimensional models.” 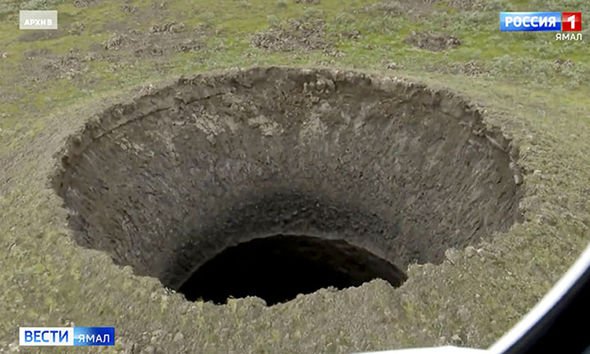 Scientist Dr Evgeny Chuvilin, a leading researcher at Skolkovo Institute of Science and Technology, added: “What we saw today is striking in its size and grandeur.

“These are the colossal forces of nature that create such objects.

“The frost heaving that precedes a crater usually happens quite quickly, over one to two years, and this sudden growth is hard to observe, so almost all craters were discovered after everything had already happened.”

Such craters are believed to be caused by the build up of methane gas in pockets of thawing permafrost under the surface. 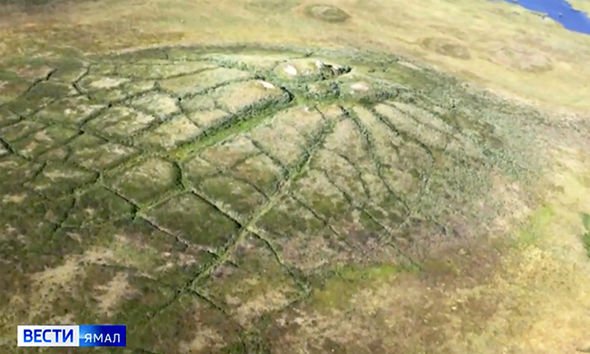 Other theories surrounding the huge holes in the earth blame them on human activity, including drilling for gas.

The Yamal Peninsula is the home of Russia’s largest natural gas field, a key source of fuel supply sent to Europe during the winter.

Conspiracy theorists have attributed the mysterious deep pits to meteorites, secret weapons tests and even aliens.

The phenomenon was first reported in 2014 and has perplexed scientists ever since, as these sinkholes appear to be growing in size.