Some “pretty wet and windy” weather is set to barrel across the north and the west, according to meteorologist Carol Kirkwood. The BBC Breakfast presenter warned that the wind will “pick up” across the UK as the day goes on. The strongest gusts of wind are forecast to be in the north and west.

“This is bringing in some heavy and persistent rain as well.

“Now it’s been raining quite steadily through the course of the night, across parts of Scotland, northwest England and also Northern Ireland.

“So if you’re out first thing, there will be a lot of surface water and spray around.” 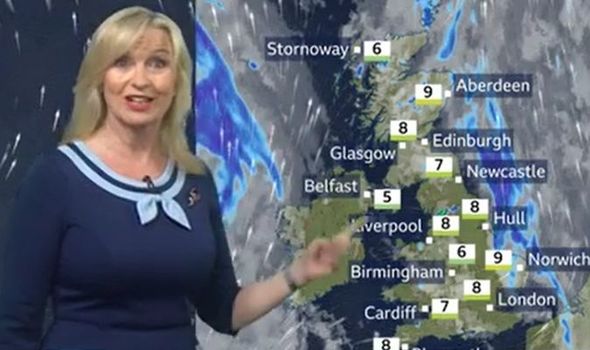 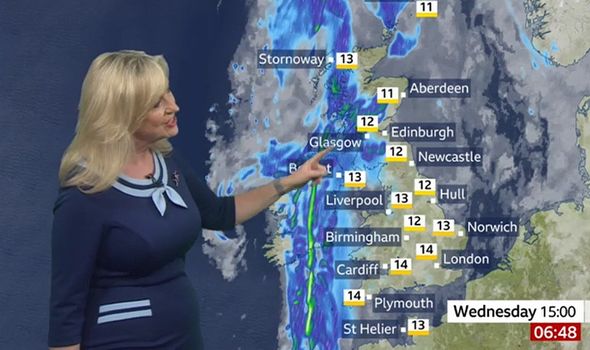 She continued: “The other end of the country, in the southeastern quarter, there will be some patchy mist and fog.

“Locally it’s dense, that should lift and then it will brighten up.

“But through the day, as this weather front advances slowly eastwards, the cloud will build, turning the sunshine hazy.

“We’ll see some light and patchy rain get in across Wales and the southwest.” 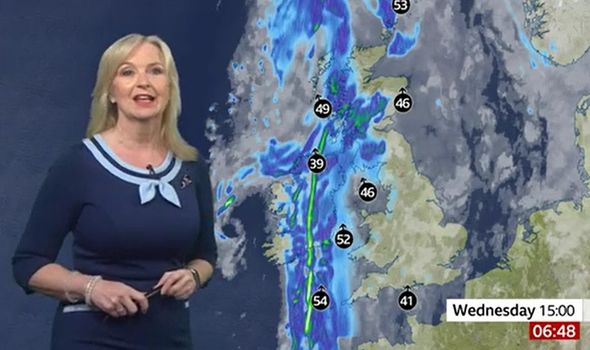 The weather presenter added: “But then later it will be followed by more heavy and persistent rain.

“All along the weather front, it’s going to be gusty and just ahead of it, the wind will pick up.

“The strongest will be in the north, around 53mph, and in the west at 54mph.” 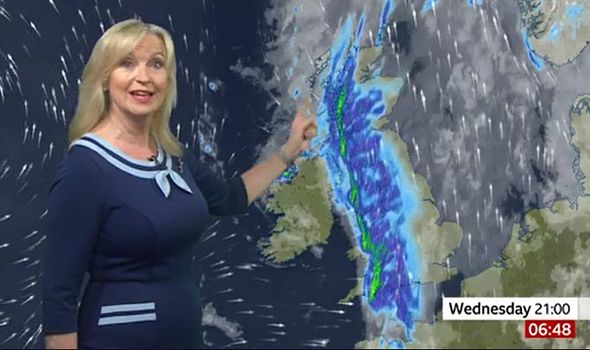 Ms Kirkwood said: “Through this evening and overnight, that same band of rain moves steadily eastwards.

“Again windy along with it, but some clearer skies coming in behind.

“Temperature-wise, it’s going to be a cooler night than the one just gone, particularly so in western areas.”

London is set for eight degrees, compared to St Helier’s 11.

Belfast will see the lowest temperatures at five degrees and Newcastle at seven.