There is still a risk of further rain to come in the course of the next 24 hours or so, BBC meteorologist Susan Powell has warned. The weather presenter noted that through the weekend Storm Alex had been producing “devastating amounts of rainfall” through the Alpine region of Europe. This has badly affected French and Italian Alpine resorts.

Ms Powell told viewers: “The area of pressure that was Storm Alex will drift into the North Sea and begin to fill.

“The winds will ease somewhat but there is still more rain getting pulled around that system.

“Ahead of that big low to the northwest of Europe, we’re pulling up a lot of very warm air.

“This will be from the African continent into Greece and Turkey.” 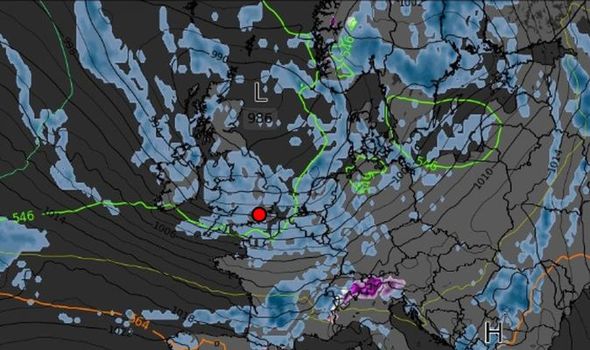 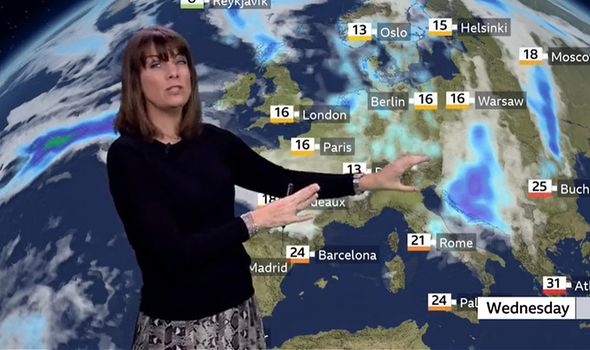 She continued: “So there’ll be above average temperatures here through the early part of the week.

“Some showery weather will slide out of the Balkans across towards Romania on Tuesday.

“Then we’ll see further heavy rain across the south of France.

“It will be largely fine for Iberia.” 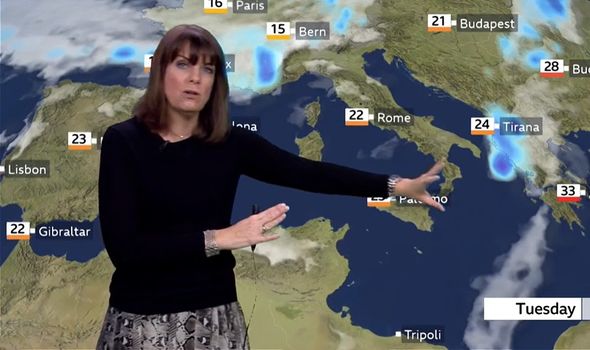 The BBC presenter added: “But generally this low will remain, as it drifts its way further eastwards.

“It will still have the capacity to produce some very intense rainfall.

“It looks like it will be the turn of the Balkans on Wednesday to see possibly an inundation of rainfall in some areas.” 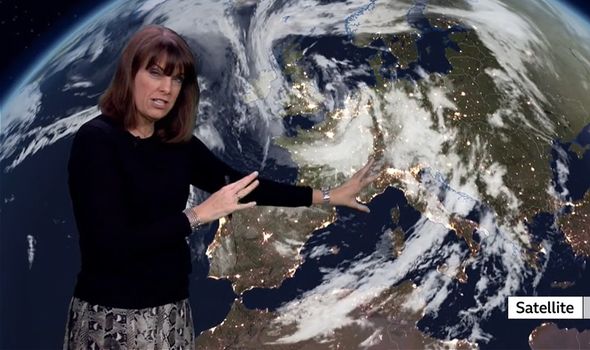 Ms Powell said: “Further west, there’ll be a little bit of a breather.

“Things will break up into some drier spells with some sunny intervals.

“But at the end of the week, there’ll be a risk of some heavy rain running to the south of the UK and the north of France.

“This will be accompanied by a spell of strong winds.

“To the eastern regions, it looks like temperatures will return closer to average as the week goes on.”